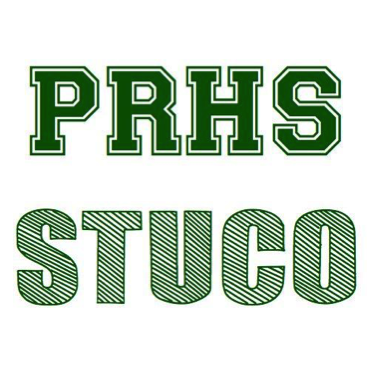 As we all know, student council and government elections were just last week, and all our candidates gave their best speeches. They talked of what they would like to do as a member of either the student government or council, and also mentioned how they would like to get even more involved than before.

However, after listening to the speeches and electing our 2018 student government and council members, are we really sure what they are going to be getting involved in?

Well, if that happens to be a question you have, then the post election update that follows may be able to answer that.

Upon speaking with a few of the student government and council members, there was a lot of great input that will enlighten those who feel they do not know what these students do for our class. There are a lot of exciting things to start off junior year that the student council and government have planned for the class of 2018.

Returning Vice President Matt Maloney stated “We get to organize prom and taste test food at venues. I am also excited to win Color Day and make a kickbutt video.”

President Connor Hileman of two years explained his excitement towards student government, while also sharing some of his experience within the group. Hileman stated, “This year we are all really excited to be working together again. Last year, we all learned to work with each other and adapt to everyone’s personalities to effectively accomplish different fundraisers and events. So now we all are excited to work on things such as prom and getting different fundraisers started so we can make these two years the best ones yet. I love student government the most because we are the ones that get to be the change we all want to see in this school, and it’s really cool to be able to voice my opinion, as well as my peers’ opinions. One of the things I’ve learned through my years in student government is that being organized and professional proves to work best, because people will respect you that much more.”

Also a returning member of student government, Treasurer Jess Paszko had some exciting news to share. She said “So basically next year is going to be all about planning prom even though prom is senior year. We’ve already started to discuss locations and ideas so this fall we’ll be checking places out! I’m really excited about that and want to have a cool place but at the same time we need to consider prices. I’m hoping to do more fundraisers this year because I’d like to make prom as cheap as possible, and the Yankee candle fundraiser brought in around $2000. Color Day is also coming up again so I think we can top our video from last year and get the class to participate in the spirit days. I’m excited to work with Connor, Matt, and Ellison again this year because we worked very well together this past year. Also, I hope to do more pancake breakfasts.”

Ellison Seymour is also a returning member of the student government and serves as the class Secretary. Ellison is also enthusiastic about the future for our class and said, “I’m excited for Color Day next year, I want our class to have a lot more spirit than last year. I am also excited to have a great Color Day video incorporating as many people as we can get from our grade. We also have to start thinking about prom venues for our senior prom and I am excited to tour different places like Danversport Yacht Club, Seaglass, Andover Country Club, and maybe some other new places that we haven’t had prom at before!”

And the enthusiasm does not stop there! Student council members are also planning on improving the various experiences the class of 2018 will be participating in.

Returning student council members Alanna Joachim, Melina Demokritou, and Olivia Dube, as well as newcomer Sarah Kern, all had input on what’s to come for the class of 2018.

Joachim stated, “We are pretty excited about Color Day again and to do two blood drives next year. I am a returning student council member and am excited to make even more changes this year. We want to get the class more involved this year because our class needs more spirit.”

When asked what she was excited about, Demokritou replied, “I’m excited to be on student council for the second year in a row. We have some great new editions this year, and I think we will do even more work than last year. It should be fun!”

Fellow second year member, Olivia Dube, spoke about her positive thoughts for the future of student council: “I’m excited about the new people in student council and the new ideas people have to bring to the table.”

Lastly, Sarah Kern, the newest member of the 2018 student council, gave some insight on how she felt about the year to come next fall, and how she decided to join student council. Kern said, “My mom has been pushing me to do [student council] for awhile, so I decided I was going to do it. I’m excited because I get to have a say and participate in event planning. I’ve usually just played sports, but now I am joining something else which is exciting. I think we will make great decisions and changes to influence the school next year.”

Overall, the members of the 2018 student government and council seem to have a lot of great things planned for our class these upcoming two years.

Obviously, their hard work and fantastic efforts to make our years in high school as spectacular as they can be will not go unacknowledged.

Some glorious years are upon us.