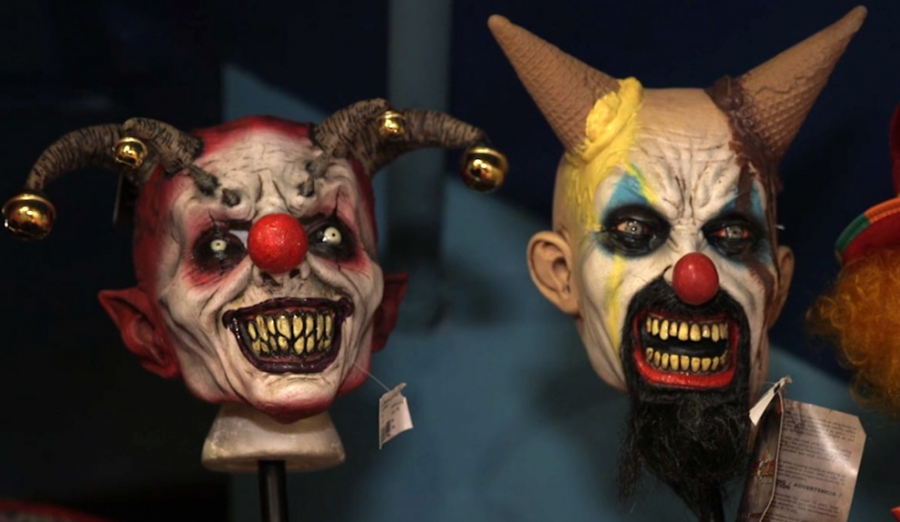 The first claims of people seeing clowns were in Florida and North Carolina, but now they have been seen everywhere. They have been seen by the woods, by high schools, by elementary schools, by middle schools, and by parks. There was one case where a 16 year old was stabbed by a clown on Sept. 16th in Reading, Pennsylvania.

Many schools have been on lockdown because of clowns on the school grounds. Recently a student got a text message by someone saying that they were a clown, and clowns would be at their school on Friday, October 7th.

People have started to rebel against the clowns, which is ending up with not only civilians being injured but also the clowns. Some people say they are just trying to protect themselves, but others are doing it out of pure anger. There have been videos posted of people driving past clowns and the clowns try to get into their car, so the people start to attack the clown.

At first, people were afraid of the clowns and wanted nothing to do with them, but now people of all ages have been going “clown hunting.” To some clown hunting is just walking around late at night in places people have seen clowns, but to others cown hunting is finding the clowns and attacking them because they are mad about what is going on. One example of the clown hunting was when 6,ooo students at Pennsylvania State University walked around with weapons trying to hunt down the clowns when there was a sighting.

Are they going to arrest everyone dressed up as a clown on Halloween? Some people have had this planned out for a while, but now they have to rethink it because they do not want to get killed by angry people or arrested.

When interviewing Annika Ellis she said, “If I lived somewhere else I would be very scared to do anything ever.” Since she lives in a small town, Ellis said she is not scared of the clowns coming to her area because she does not think it is someplace the clowns have heard of. When asked if she felt threatened she said, “ No not really, but it’s creepy, very creepy.” Although Annika Elise is not scared, many other people are worried.

Since the first encounter with clowns, they have now traveled outside of the United States. There was a clown spotted in England on a college campus. People are starting to get worried they clowns will now travel even further and be found in other places. In the England they were seen in Essex, Wales, Manchester and Newcastle. There is an account of some of them walked up to elementary school children with scary masks on, which scared the children.

The recent sightings of clowns, some believe, are connected to similar event that happened in New England in the 1970s and 1980s. John Wayne Gacy killed 33 people in the 70s while he was dressed in a clown. He buried the people that he killed under his house, and he did this all as he was dressed as clown, which some believe is connected to these recent events. Also in 1981 a school counselor alerted school staff about clowns bothering the children.