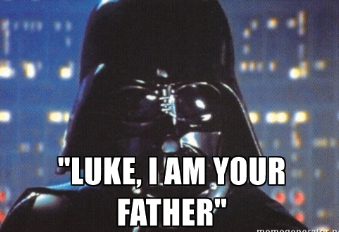 Many people know who Nelson Mandela is, and if you ask most of them they will tell you that he died in prison. The book Western Cape Branch of the South African Council for English Education states that Nelson Mandela did die in prison, on July 23rd. Although many people believe that he died in prison, and it says it in a book, he did not. Because of this event the Mandela effect was created. The Mandela Effect is when a large group of people remember something one way but it is actually another.

One of the most popular Mandela effects is the old children’s cartoon The Berenstain Bears. Most people who remember this show recall it as the Berenstein Bears, but it actually never was. There is evidence against this, which is a man came forward with a old case to the movie. On the front of it, it says The Berenstain Bears, but on the spine it says The Berenstein Bears. Some people believe this was a miss print, but if it was why would so many people all remember it the same way?

Another conspiracy theory for the Mandela effect is that the word refrigerator has a d in it. People believe this because the shortened word for it is fridge, and that has a d in it. Although, others argue this could just be people commonly mistaken somethings spelling others believe it has always been spelt refridgerator.

Most people remember the fast food restaurant being spelt Chic-Fil-a, but in reality it is, and has always been, spelt Chick-Fil-a. This one is similar to the one about Kit Kat. Some believe that

It is actually spelt Kit-Kat. Both companies have responded to these stating that they have always been spelt Chick-Fil-a and Kit Kat.

One of the more well-known ones was is the board game Monopoly. If you look at Halloween costumes of it, and if you ask people they will tell you that he has a monocle. People complained about this after they looked at the board game box and saw that he does not have a monocle. If he does not, then why do so many people remember him having one?

Everyone knows the the little kids tv show Curious George. Everyone can picture that little monkey running around with the yellow hat man, Ted, and hanging off trees by his tail. Wait, did he have a tail? Most people can swear they remember George hanging off trees by his tail and swinging it around. George never had a tail. This one does not have any evidence that he ever had a tail, everyone just remembers it that way, but when they went back to look for evidence they could not find any. Curious George has never actually had a tail.

In the movie the Silence of the Lambs, there is memorable line in the movie, everyone quotes it. Hannible Lector never actually said “hello, Clarice,” but what he really says is “good morning.” Everyone can remember him saying it, it is even on t-shirts! Something that is similar to that situation is from Star Wars. A very famous quote from that movie is when Darth Vador says, “Luke, I am your father.” What he really says is “I am your father.” That means that almost everyone that knows the movie remembers it wrong. Can that really all be one big coincidence?

People believe the reason all these people remember something one way, but it is actually is another is because the world actually did end in 2000 and again in 2012. People freaked out thinking that the world was going to end and everything would be gone. Some believe that the government knew that the world was going to end and invented an alternate universe, so when the world did end we went into that universe and the government messed up on tiny little things which are the examples that are above. That seems a little far fetched, but there has to be some explanation. For information on the Mandela Effect go to https://i.imgur.com/ApeMOxF.jpg and https://i.ytimg.com/vi/1DZnPZ2iXtk/maxresdefault.jpg .