Herm Diehl: A man of many Stories 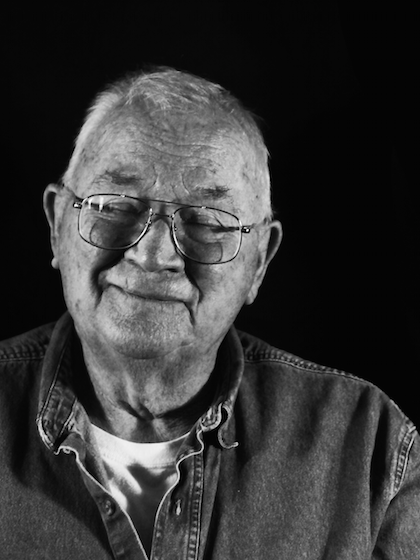 Herman “Hermie” Diehl goes through life telling stories and trying to brighten everyone’s day. He is a very smart man with a great deal of insight. Diehl has a favorite quote he tells people. The quote is, “wherever you are, be there.” Diehl explains that this quote has a very similar meaning to the quote: “seize the day.”

In his younger life, Diehl grew up constantly moving from house to house. In fact, he went to 19 different schools before he graduated from high school. Diehl learned how to be the new kid, and how to fit in wherever he went by making every situation he was in fun and interesting. He described how on his first day when everyone had to put covers on their books, he would go up to the prettiest girl and ask for help with putting on the cover saying, “I’m new here, can you help me put this cover on my book?”

After high school, Diehl enrolled in the University of Maine, but says he was “immature, distracted, and not a great student.  Diehl then put his college career on pause and enlisted in the United States Army.

He took his time in the army to grow up for a little bit. Herm went on active duty in February 1976 and served 2 years. After that, he went on the reserves for the next 4 years. Diehl did not serve in combat as the US was in the Cold War at the time, but he took his 6 years in the Army as a great life experience and time to mature and grow up.

After the army, he says he went back to UMaine to finish his college career. After college, he spent his years doing a couple different jobs including being a teacher at Pentucket High School for 34 years. Diehl now spends his time retired at Nichols Village in Groveland Massachusetts, and still loves telling stories to whoever is willing to listen.