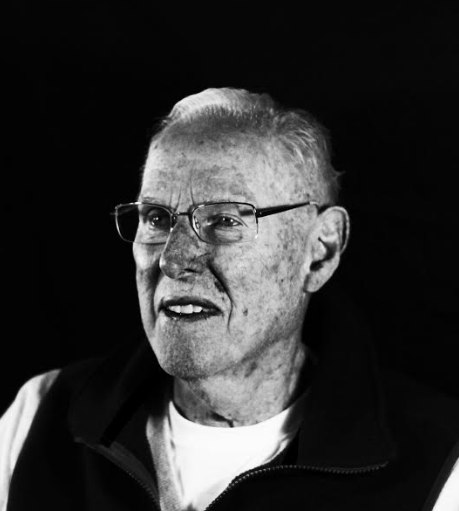 War can take a toll on a man, but in Jim Walker’s exposure to the war, it has made him the man he is today. Nine months after he graduated high school, he enlisted into the military. He was a navy man, and is grateful for every experience he had while he was there.

When he enlisted, it was no surprise to Walkers family. His sister was part of the WAVES (Women Accepted for Volunteer Emergency Service), and his brother was part of the coast guard. Although he already had two siblings in the military, he did not feel pressured to join the service, and his family completely understood his decision to enlist.

Looking back upon his entire involvement, he considers it one of the greatest times of his life.

One major incentive for joining the service was the GI bill. This was going to help pay for his college education in the future. Another reason that Walker enlisted in the service was because he felt as though he was not quite ready to go to college straight out of high school. He felt he needed to mature a little more first.

From high school, he went to bootcamp in San Diego, California. He can recall some of the first days of his training. He says that when he was there he was “handed an M1 and [he] had to work with that”.

There he was a squad leader, meaning that he was in charge of eight or ten people. While he was in San Diego, he was assigned to battalion school where his specialty was to be a construction electrician. He has many memories of climbing poles to fix lines, and the sudden jolts he often received while doing so.

He also has distinct memories of a number of his instructors. He got along with most, but felt he connected more with the men who climbed the ranks and worked their way up to a position of power.

Walker was then sent to Seattle, Washington, followed by Kodiak Island, and then ended up in a station in Alaska. He remembers Alaska as having ferocious winds, constantly blowing. This became part of his everyday life there. In Alaska, “women were behind every tree, and there were no trees”. There was absolutely nothing to block the chilled winds, so everybody there was faced with the difficult challenges that the fierce winds presented at all times.

After Alaska, he then went to Japan. Walker was 20 years old at the time, and looking back, he is very grateful for the moments he spent there. The experience was filled with great food, lots of fun, and many memories. He enjoyed interacting with people from another country as well as becoming familiar with the Japanese culture.

After finishing his two years in Japan, he discharged in March of 1955.

When he got home, the first thing on his mind was to buy a car, get a job, and begin attending summer school.

He first began working at a filling station, where he checked oil, washed windshields, and filled gas into people’s cars. He followed that with an abundance of different jobs, ranging from selling scotch tape, to working in a chemical company in Bedford.

The change from serving in the military to now working in a conventional society was very easy for him. He learned many life lessons over the course of his journey.

He learned that being in the service was one of the first chances he got to live on his own, away from his family. He got a chance to mature and develop as an individual.

The military gave him a chance to work closely, and make direct relations to a group of people. He was able to make connections and bond with fellow servicemen.

He learned that people should not be afraid to join the service because of all the positive aspects it produces.

The life lessons one learns in the military help you function and adapt to modern society. “[He] appreciates everything that happened to [him]” and Walker stated, he would not “trade [his] experience for anything.”