Movie Review : From Up on Poppy Hill 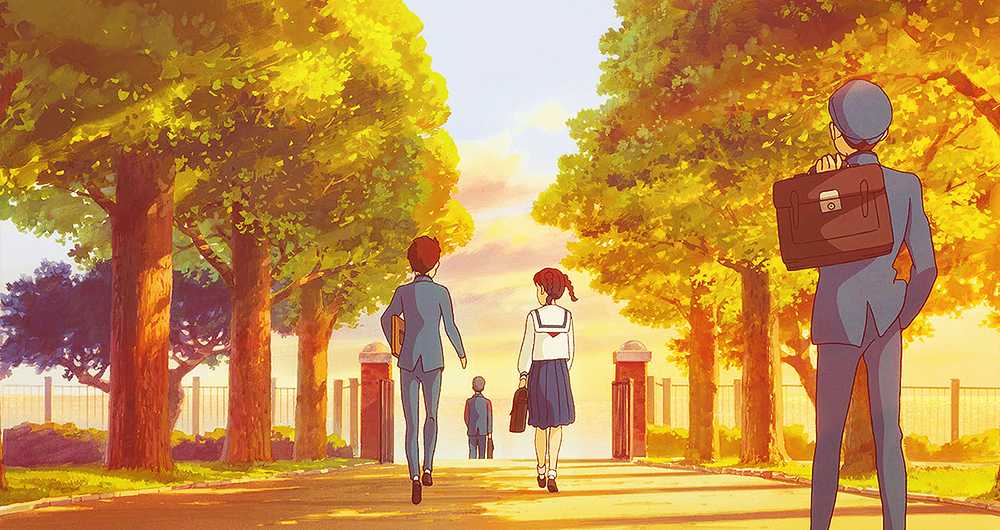 Everyone has that one thing they feel a connection with; such as a stuffed animal or a tree house, but they won’t let anything happen to it and definitely won’t let anyone take it away from them. The connection is so strong that nothing will tear them apart.

This is the basis of the movie From Up on Poppy Hill, a screenplay by Academy Award winner Hayao Miyazaki, who gave us wonderful movies like Spirited Away and Howl’s Moving Castle, and directed by his son, Goro Miyazaki. This father-son team takes the viewer on a great, emotional ride.

From Up On Poppy Hill follows two high school students, Umi and Shun, in Yokohama, Japan. The year is 1963 and Japan is picking itself up from World War II and getting ready to host the Olympics.

Umi hangs up signal flags with the message ‘I pray for safe voyages’ hoping her father will see them. It isn’t her father who sees them, Shun, a boy who writes for the school newspaper, sees her flags and writes a poem. The problem with the school newspaper, is that the building where it is held is going to be tore down and redeveloped.  Umi, Shun, and their other classmates won’t go down without a fight.

There’s something bigger that is beneath the surface that will rise up and will change Umi and Shun forever.

There are no words to describe this movie. So much work was put into the animation and story and it shows in the final product.

Sarah Bolger (Lady Mary Tudor on the show The Tudors) gives a great performance as Umi.  Anton Yelchin (Pavel Checkov in Star Trek) lends his voice to Shun, and does a phenomenal job. Studio Ghibli and Walt Disney Pictures did an amazing job with the voices of all the characters. The voices just make the viewer love the movie even that much more.

The only thing I had a problem with was the clichés that made their way in there. The ending is very cliché and might make some people gag at how cheesy it gets. Overall, though, I would give this movie an A+. It’s a definite must see. Even if you have never seen any Hayao Miyazaki movie, you might as well start now.