CFB Playoff: Did they make the right choice? 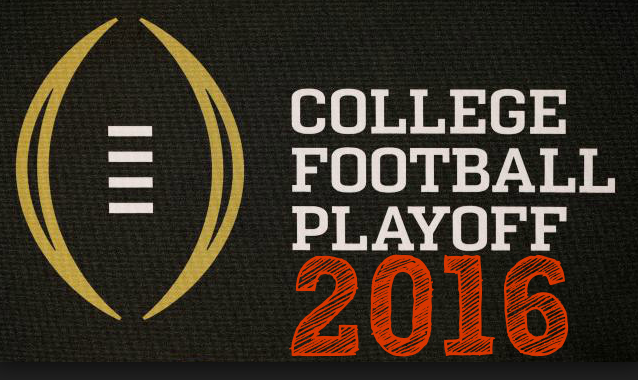 On Sunday, Dec 4th one of the biggest selections of the year was made, that being what four teams would participate in the annual College Football Playoff (CFB). The NCAA decided to change the system in which the division one NCAA football champion will be crowned. They changed this system to simply give the fans more college football.

The new format allows a selection committee to discuss on what the top four teams are in the country: these 4 teams will compete for the ultimate prize: the National Championship.

The teams are seeded one-four in which the one seed plays the four seed, and the two seed plays the three seed. The winner of each game then play each other in the National Championship game.

This year, the four teams chosen were Alabama (13-0), Ohio State (11-1), Clemson (12-1), and Washington (12-1). All four teams have stayed atop the rankings this season, but there has been much debate on who the four seed should have been.

Many believed that Penn State would overtake Washington as the number four seed in the CFB playoff, due to their Big 10 Championship victory. Many believed Penn State (11-2), should have been the four seed since they won debatably the most difficult division, as well as handed Ohio State (11-1) their only loss of the season.

Washington’s skills are amazing, but many believe their season was a gift, being ranked with the 127th difficult schedule out of 128.

Many fans and commentators also made cases for Michigan (10-2) to be the number four seed, but a late season overtime loss to Ohio State kept them out of CFB contention.

After talking with Pentucket PE Teacher Mr. Leary, he believes the four teams chosen “are necessarily the best four teams in the country.” He believes Michigan should have been the number four seed, although they did not win their conference championship and have two losses.

I cannot help but agree that Michigan should have been the number four seed. If you disregard a late season loss to one of the best teams in college football, in which the team fought with Ohio State until the game was decided in 30T, this team can play. Michigan with a blowout victory over Penn State 49-10 earlier in the season, as well as a win against Number eight ranked Wisconsin they build a good case for the four spot.

Mr. Leary believes, “the system isn’t perfect yet, because they weigh in conference championships at the end of the year.” Michigan with a loss to Ohio State eliminated them from competing in the Big 10 Championship.

In my opinion, a first round matchup between one seed Alabama and four seed Michigan would have been much more entertaining than the matchup planned between Alabama and Washington. I am predicting this game to be a cakewalk for Alabama, proving even further the flaws in the CFB playoff.

In a twitter poll I conducted, 61% of voters believed Penn State should have been chosen as the four seed, with Michigan receiving 20% of the vote, and the actual four seed Washington only receiving 14%. Oklahoma also received the final 5% of the votes.

Although my personal choice was not selected in the CFB It can be a sure thing that the first round games between these teams will give us another exciting year of college football.

Check out the first round games: