Battle of Aleppo: What is Going on? 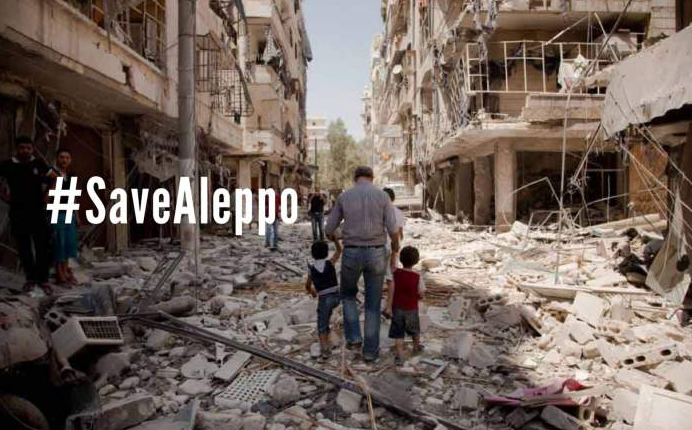 The government finally devised a plan to capture the city, but in the process purposefully targeted civilians, hospitals and schools. Many attempts were made to evacuate civilians from the city, where they were then attacked by rebels and vehicles used to transport the elderly, the injured, and children were set ablaze.

Much of this catastrophe is due to the offensive attacks on Aleppo from the Syrian and Russian governments. The United Nations Humanitarian Advisor Samantha Power stated Russia and the Syrian government would be held accountable for their atrocities committed in Aleppo. “Are you truly incapable of shame? Is there literally nothing that can shame you?” U.S. Ambassador Samantha Power asked. “Is there no act of barbarism against civilians, no execution of a child that gets under your skin, that just creeps you out a little bit? Is there nothing you will not lie about or justify?”

Right now many rebels and civilians are being evacuated by the Syrian Red Crescent and the International Red Cross. All of these people have no other choice but to flee their homes since their city have been leveled by bombs. Most live in East Aleppo, where the entire landscape has been reduced to rubble.

Once the supply line was cut by the Syrian Government it became all out tragedy. Many women began committing suicide to avoid being raped by Syrian forces. People reported massacres on the streets of Aleppo of men, women and children. Many took to twitter to say their last goodbyes to the world as the Syrian forces infiltrated the rebels side of Syria.

The Battle of Aleppo is a complete catastrophe, and is one of the flaws in our human nature. How some people can have no shame and completely disregard human life is beyond me. The atrocities committed in Aleppo are ones that most cannot understand, and as this battle ends many hope nothing like this ever happens again.

I highly recommend listening to the speech given by Samantha Power at the UN Meeting. It is only 4 minutes long, but really opens your eyes to what is really going on. It can be found here: https://www.youtube.com/watch?v=LpYEtvbuij4