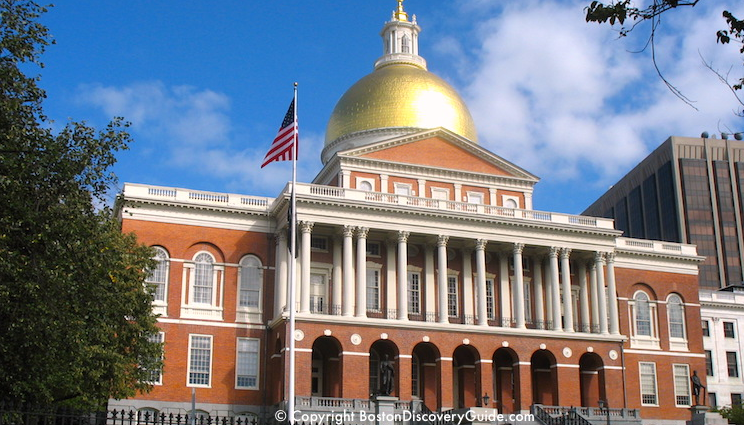 On Monday, November 28th the freshman class went to Boston to visit the State House and the John Adams Courthouse. They toured them both to help go along with their current propaganda project concerned with their reading of George Orwell’s Animal Farm.

While at The State House, Lenny Mirra, Representative of the Second Essex district, which includes Merrimac, Groveland, and West Newbury, met up with the freshmen to talk to them about government.

We talked to Representative Mirra after and asked him a few questions about his position and his influence on us concerning the government. He said that he had no government experience when he started. Mirra owned a construction company and was not happy with what was happening in his town, so he decided to take action. He ran and got elected, Now he loves it and is always up to spreading the word of government to the youth. He says it is best to be informed and get involved, because if not there is usually a misunderstanding between people. Now he is one of the few Republicans in the Massachusetts House of Representatives.

“Learning about the government and coming to the State House is important, especially for students, because it makes them better understand a lot going on in our world especially in light of the recent election,” said Mirra.

We also talked to some students who went. Most students found it to be an interesting field trip. They thought it helped them understand the United States Government a lot better.

Kelly Attwood, a freshman, said, “I really liked it because I am interested in law, so that piece was interesting to me. It was good that I really did not get bored throughout the whole field trip.”

Overall, the freshman class had a great day learning about the Massachusetts state government.