Why John Carpenter’s Halloween (1978) is the Greatest Horror Film 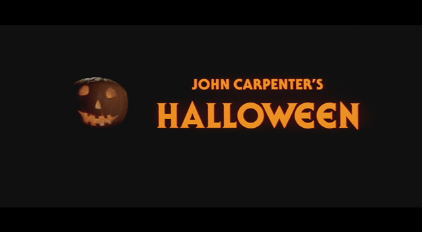 The horror genre is one of the more difficult film genres to get right. It’s hard to craft a story that doesn’t rely on musical stingers or jump scares to get the audience to react. Instilling the viewer with genuine fear and getting their hearts to beat a million miles a minute takes true skill. It’s a rare achievement seen all too rarely in cinema.

Fortunately, John Carpenter got it right back in 1978 when he made Halloween, the greatest horror film in cinema history.

Now not everyone is going to agree with this, and that’s alright. Everyone is entitled to their opinion, even if that opinion is wrong. That’s alright, too.

If you’re up in the air right now on what to think, keep reading and maybe you’ll get a better idea of what the big deal is with this truly remarkable film.

For starters, the production only costed 325,000 dollars. In case you didn’t know, that is a shoe string budget when it comes to making a movie. John Carpenter was only a few years out of USC with not much under his belt when he wrote the script with Debra Hill. They assembled an all star team to bring the vision to life, including critically acclaimed cinematographer Dean Cundey who gave the movie the eerie look it ended up having. Then they got Jamie Lee Curtis and the late, the great, Donald Pleasence.

But as impressive as all that stuff is, it all happened behind the scenes. The real value of this film is to be seen on the screen.

What works about Halloween is the simplicity of the story. The film heavily deals in the workings of fate, leaving the audience to wonder why these things are happening to these particular characters. You ask yourself: why Laurie Strode? And you never get your answer, which is the most terrifying part about the whole thing.

Actually, you do get an answer in the sequel, but it’s ridiculous so don’t watch it.

The primarily young, up and coming cast is led by veteran actor Donald Pleasence who plays Sam Loomis, the therapist of the film’s villain, Michael Myers, who makes it his mission to pursue and stop his escaped patient from killing.

There is a foreboding sense throughout the film as Loomis pursue Myers who pursues Laurie. These three characters all gravitate towards each other over the course of the entire story, encountering each other only in the final showdown of the film.

That alone should get you amped.

But whatever I say won’t do the film justice. You just have to watch it, and trust me, you’ll thank me after you do.

Halloween keeps you on your toes from start to finish. You follow these characters on the edge of your seat, trying desperately to work faster than the camera to find whatever is lurking in the dark before it makes its reveal on screen.

It gets your adrenaline pumping and it doesn’t sacrifice story for cheap scares, a quality rarely seen in the modern horror cinema.

John Carpenter made something back in 1978 that was bigger than he, or anyone, could have ever imagined it to be. No one could have predicted the scope of this story or the eventual success it would have.