The World’s Response to North Korea 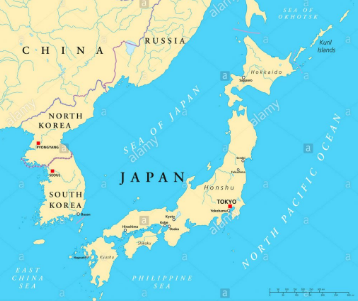 North Korean officials have established  their displeasure with the United Nations and continue to threaten nuclear military attacks against many countries.  South Korea, Japan, and the United States are mainly targeted by the North Korean Supreme Leader Kim Jong Un. The North Koreans have continuously fired test missiles over Japan and South Korea and claim to have long range missiles  able to reach the continental United States.

“…a full ban on coal, iron and iron ore, and adds lead and lead ore to the banned commodities subject to sectoral sanctions. Bans the hiring and paying of additional DPRK laborers used to generate foreign export earnings. Prohibits the export by the DPRK of seafood (including fish, crustaceans, mollusks and other aquatic invertebrates in all forms).”

In 2015 coal and iron were  approximately 36.2% of all exports from North Korea, and textiles were about 26% of all North Korean exports. The restrictions were enacted to limit the amount of missile tests that North Korea continued to do in the Pacific Ocean.

The United States originally wanted  more severe sanctions placed on North Korea. These sanctions would have included a full ban on oil being imported into the country and sanctions on Supreme Leader Kim Jong Un.

On Sept. 19, President Donald Trump spoke to the United Nations, specifically about North Korea and his “axis of evil”. President Trump has discussed North Korea multiple times, between speeches and tweets, while his defense secretary James Mattis has stated that the United States has enough firepower to cause “the total annihilation of a country”. President Trump has since tried to place the blame for North Korea on the Obama administration, especially his Secretary of state Hillary Clinton:

The war of words continues between North Korea and the United States, as North Korea’s foreign minister said that the speech President Trump gave to the United Nations was equal to the sound of dogs barking.

North Korea has said they plan on testing a hydrogen bomb in the Pacific Ocean. If the North Korean government decides to go through with the test people should expect more sanctions and action to be taken against North Korea, which could lead to military action from the United States or other countries.

North Korea has now claimed that the United States declared war from a tweet President Trump sent about North Korea. The tweet said that the “Little Rocket Man” will not be around for much longer if they continue to threat attack and test missiles. North Korea has also threatened to shoot down any United States plane in international airspace or their own airspace.

The war of words between the United States and North Korea is always evolving, with no true end in sight.