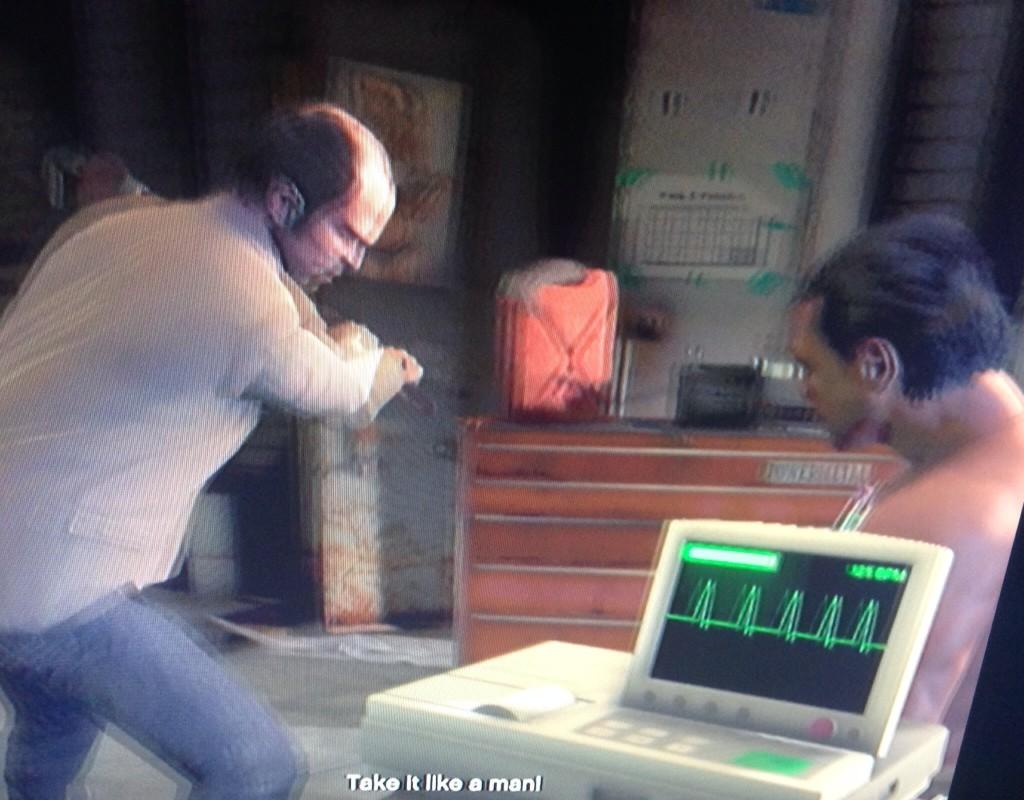 Grand Theft Auto (GTA) has been around since 1997, and since then controversy has followed the series for it portrayal of violence. The games are usually the blame for shootings driven by claims that the shooter had been playing the game obsessively before the incident. These games have been used as a scapegoat to take away from the real issue at hand.

There are many other ‘violent’ video games besides Grand Theft Auto, such as Bioshock Infinite and The Last of Us, which came out this year and the violence it portrays is about twice as much as GTA.  Though, GTA is much more ‘realistic’ than most games out there and which is why controversy follows every installment.

The latest installment, Grand Theft Auto V, isn’t an exception. Critics of the series didn’t waste time attacking the game. They focused in on a scene where the player takes on the role of Trevor Philips and proceeds to torture someone who knows information the U.S. government needs to know. Critics are saying that the scene went too far and was in bad taste. As the game is protected under the First Amendment, critics are not going to win that battle.

Rockstar North, the makers of GTA, have made no comment on the torture scene controversy, and certainly have made no comment on what Alison Sherratt said to the guardian. She pointed out the fact that “The graphics are so realistic that little ones don’t think what they’re watching is a game…Four to five-year-olds have a tendency to copy what they see on TV, whether it’s this or Fireman Sam putting out fires.”

GTA V is rated M, meaning that people 17 and older are the only ones suppose to be playing the game. Four and Five year olds should not even be touching the disk.

GTA and other video games are used as a scapegoat for the real issues at hand. It seems as if a careful eye to the restriction on the box could stop the controversy all together.