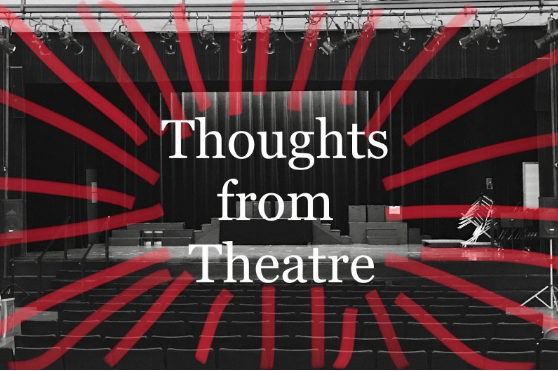 The first round of auditions have begun and end for the impending musical, Back to the 80’s. Cast lists came out on Dec. 8. On Nov. 27, 28, and 29, acting auditions took place. Mrs. McGowan, along with one other judge, who varied from day to day, waited in the auditorium while people auditioning came onto the stage to read their lines.

Those auditioning were able to create a self developed monologue based on how they believed the characters they were auditioning for would act. They would form these using the script and a brief description of the character.

The main roles in the show are teachers or teenagers, the teenagers being stereotypical in the way that all teenagers in media from the 80’s are. They say things like “I gotta motor,” and “radical,” and listen to copious amounts of pop music. All characters have their own traits that make them distinguishable, but really, the characters were not the focus of auditions.

The characters, of course, are never the big draw of a musical. The truly interesting component are the songs. Everyone wants to have a solo, and as a musical full of 80’s banner music, most people in the musical already know the soundtrack from their parents. Vocal auditions on Nov. 30 were chaotic, as everyone wanted a singing role.

There were a few different songs, from Man in the Mirror to Walking on Sunshine, in the ranges of soprano, mezzo soprano, and alto, along with a tenor/bass songs for the guys. As it was the end of Nov., everyone was sick to a degree, and many people had to drop down a range, or drop the octave in their auditions, so that they could reach all of the notes.  Last second song changes and nerves caused people to practice with each other before auditions, and despite the fact that they were all competing, there was a sense of camaraderie.

Ms. McLennan lead the warmups, and attempted to calm the sea of kids down a little bit. Then people went onstage, grouped by the songs they were auditioning for, and the rest waited in the auditorium seats to watch others auditions. For some of the music, people went up in random pairs to audition, whereas others people went up solo.

This was nerve racking, but everyone in theater is incredibly supportive, and admirable in their kindness.

One of the sophomores who auditioned commented that, “the talent displayed by the student body was amazing. It was a little scary, but it is also cool to watch others perform.”

The last two auditions were general dance and professional dance. Everyone was recommended to audition for general dance, which meant that they were being asked to be background dancers in certain numbers. Everyone was eligible to be background dancers, despite most feeling pretty awkward about the dance moves. These took place on Fri, Dec. 1, and the auditorium filled with a significant amount of awkward laughter. On Mon, Dec. 4, professional dance auditions were held.

Call backs for acting auditions also happened on the week of Dec. 4.