Lamar and Khloe: Are They Really “Unbreakable?” 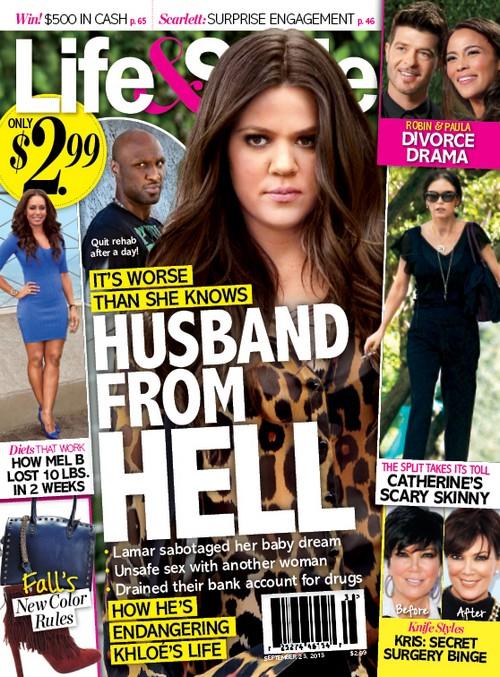 “Husband From Hell,” “Drugs, Lies, and A Love Child,” and “The End” are titles all written in big bold letters across dozens of tabloids pertaining to Khloe Kardashian’s marriage to Lamar Odom. Rumors are spreading like wildfire about Lamar’s drug abuse and the fate of the couple’s marriage, but is Khlomar really going to call it quits?

Khloe dropped the name Odom from her twitter and instagram accounts a couple weeks ago, making it seem like the couple was splitting up, but after some recent tweeting from the reality tv star, is it safe to say that their marriage still has some hope?

“Speculate all you want. The armor I put around MY family can’t melt or even scratch. So continue to throw your daggers. You will never cut us, you will just tire yourself out. Strong and united we will still stand” Tweeted Khloe, (@KhloeKardashian).

The couple released a unisex cologne around Valentine’s Day of 2011 called “Unbreakable,” because that is how they would describe their marriage, and now, two years later, they seem to be falling apart. Time will tell if Khloe and Lamar are really “Unbreakable.”