Yeezus! Kim and Kanye are Engaged! 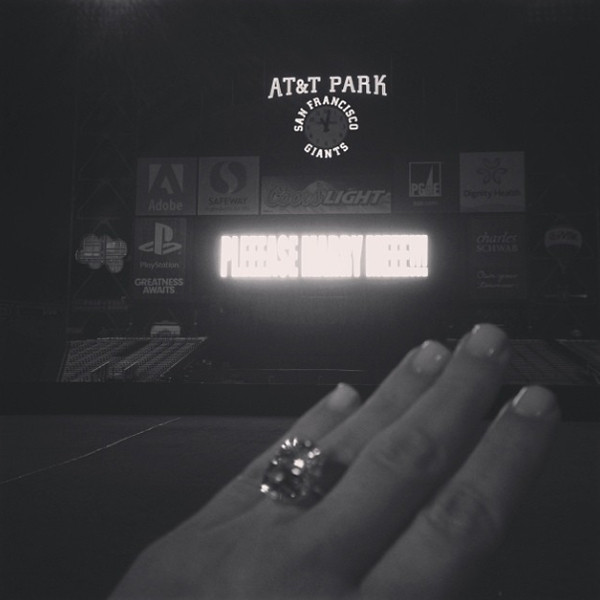 While in the midst of his “Yeezus” tour, Kanye West popped the question to baby mama, Kim Kardashian, and she said yes!

On Monday night, Kim’s 33rd birthday, Kanye rented out AT&T Park in San Francisco and asked Kim to marry him in front of their friends and family. Being madly in love with the rapper was a big push for Kim to say yes, but her 15 carat engagement ring, designed by celebrity jeweler Lorraine Schwartz, definitely helped her take the plunge.

Lorraine Schwartz’s rep told E! News that “He wanted the diamond to look like it was floating on air.” Kanye, being a fashion designer himself, has incredible taste and his new fiancé loves her 3 million dollar ring, as one can tell from the picture of it she posted on instagram with the caption “YES!!”

The couple is rumored to be married next year. Kimye and baby North West are officially going to be a happy family!