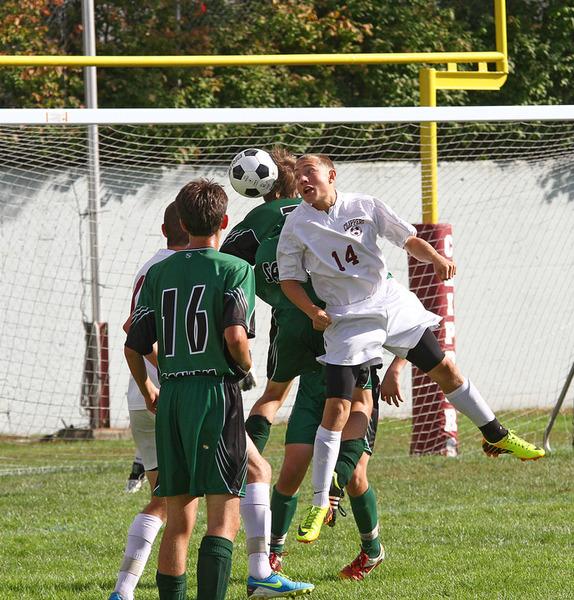 After a phenomenal season with a record of 10-5-3 the Boys Soccer team has made the playoffs yet again.

On Friday November 1, fourth seeded boys team faced fifth seeded Triton in the first round of the 2013 playoffs.

The old Cape Ann League rivals faced off in a thrilling game that ended with a three nothing win for Pentucket to advance to the second round of the playoffs.

With five minutes remaining in the first half Pentucket took the first lead of the game with a goal from Mike Salmonsen.

Will Dwyer added another goal to make it two nothing at the beginning of the second half. Then Connor Beaton added the third and final goal of the game off a header with twenty minutes left in the game.

Pentucket dominated Triton from the first whistle to the last and deserved the big win to advance to the second round of the 2013 playoffs to face off against Watertown.

On Sunday November 3 the boys’ soccer team traveled to Watertown to play in the second round of the playoffs.

Watertown took the first lead of the game in the second half, about ten minutes in. But Connor Beaton soon came right back to tie it up at one goal each.

Twenty minutes left in the game and Watertown retook the lead to make it two to one Watertown.

Giving it all that they had the boys team played their hearts out until the end but they were just shy of tying it up.

Unable to score again Pentucket fell to Watertown in the second round of the 2013 playoffs.