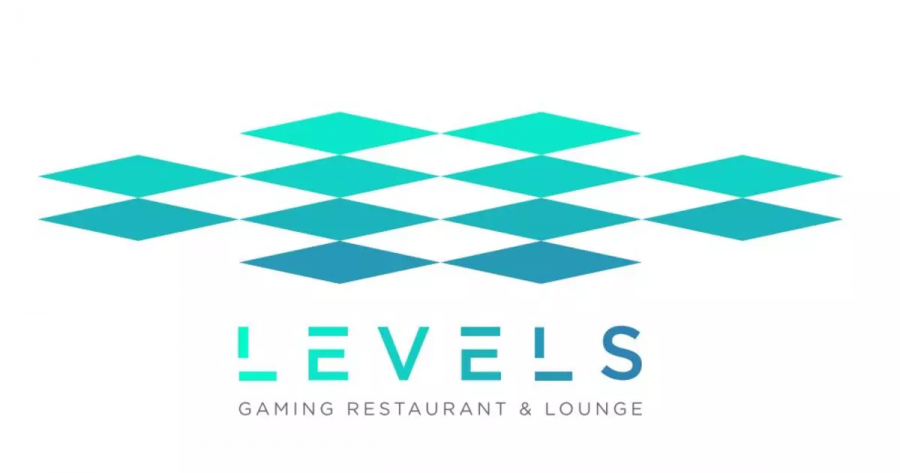 Have you ever heard of The GamePad in Haverhill? What about The Castle in Beverly? Those are two businesses that are combining forces to create one additional location in the Northshore Mall: Levels. The GamePad is a lounge/bar in Haverhill, above The Tap at 100 Washington Street. It is a place where gamers can go to hangout with food, drinks, and video games. They have a large number of PS4’s, Xbox Ones, and popular retro gaming systems. The Castle is a similar concept, except with board games at 240 Rantoul Street, Beverly. At both locations, gaming costs $5 for the entire time that the customer is there for. The GamePad is co-owned by Keyvan Asdigha and Jeremy Marcelonis. The Castle is co-owned by Kevin and Ryn Grant. Levels, at the Northshore Mall, will be a completely new location ran by all four owners. During the month of April, a crowdfunding campaign was held for Levels on a website called Indiegogo where backers received perks, such as merch, or ways to save money at the restaurant once it opens. The Pentucket Profile communicated with Jeremy and Ryn to give readers more information on Levels.

Check out the interview below:

Shaun: “What unique atmosphere and/or events are you hoping to bring to Levels?”

Jeremy: “The unique atmosphere that we’re going to bring to Levels is a combination of restaurant sit-down seating mixed with board games and video games with a nerd-chic appeal all throughout, and as far as events and alike we’ll be doing: geek themed trivia, comedy nights, tournaments, and that’s about what we have so far.”

Kevin: “Levels is going to be a place that we can have people build a community. Both The GamePad and The Castle are two businesses that we already own….both places geared toward building community with one another… You know, you don’t sit down at a screen and talk to somebody online like you would if you were at home gaming. You’re there together with one another, you’re spending time side by side, trying to conquer challenges and overcome obstacles that both video games and board games create. So we want to create an environment of relaxed, fun, energizing community building.”

S: “How is Levels going to differ in terms of technology and entertainment compared to The GamePad/Castle? For example, I saw a video on Facebook of some tables that you’re interested in.”

J: “The GamePad is a bar with video games; Levels is going to be a full-scale restaurant, with board games, video games, a cafe, and then late-night entertainment as well….we have two floors at Levels, so we’ll be doing a very similar theme to The GamePad on our top floor, and the bottom floor will be more board game and dining service oriented, but all of those tables will be convertible as well, so every place that you sit and anywhere that you go, you’ll be able to play board games, video games, and eat an entire meal.”

K: “So, specifically technology….The Castle is mostly just board games, in fact, we’re souly analog here at The Castle, and The GamePad has just video games with some small selection of board games, we’re gonna be combining those two in a big way. So, we’re also planning on graduating kind of the look and feel of both of our places, so it’s gonna be a larger atmosphere, it’s gonna have more to give to it….larger screens, a projective image, hundreds and hundreds of board games, it’s basically what we’re doing already in both of our locations, but combined and in a larger venue, with some better seating, definitely better food, we’re gonna have a much larger kitchen than either of our places have, and a full bar atmosphere, so it’s gonna be a much….larger… event space…”

S: “What prompted you to decide to open a place like Levels in the Northshore Mall, and combine activities and forces with another local business like The GamePad/Castle?”

J: “So, The GamePad as it is, and as you’ve said, isn’t a full-scale restaurant; it’s actually a proof of concept to what we wanted to do with the idea that we had. We had the space, we had the time, it was an easy setup and smaller than what we wanted to do, in total. So we gave that a nice couple years to see if it would work, and then the plan was to increase the concept. Luckily, we got in touch with the people from The Castle who are awesome, and they’ve been looking to do the same thing as well, and board games and video games do go hand in hand… there’s a lot of the same people that do both, but there’s also a good number of people that do each individually without having any crossover. So we thought bringing it all of it together, into a space where that would be big enough for the people who want to play board games to have a nice quiet atmosphere, and then the people that want to play video games to have their own little hub, similar to The Game Pad, and that’s how we came to levels…in the location in the Northshore Mall.”

K: “When we opened The Castle, we had a mission to create a community space for hanging out because we didn’t believe there were that many on the Northshore. When we found that The GamePad existed, we went to go check them out, and we realized that they were doing the same exact thing – they were trying to hit the same knee that we were, just with video games. So the idea of working together, partnering together, was an easy one for us. We both wanted to do the same thing: We both wanted to create a community space centered around gaming. We had just approached it from different angles. So the idea was already in our minds to kind of combine forces and work together… We were actually approached by the Northshore Mall a few months back… We talked to the people at the Northshore Mall, and they wanted us in the space because they liked our business model, they liked the unique atmosphere that we created, and like I said before, that community building aspect of things, so, that kind of accelerated our time table and made us think… the already implanted idea of us working together kind of got pushed forward, and we decided to come together.”

S: “Are there any popular entrees that you are thinking of serving at Levels? Are any of them already served at The GamePad/Castle?”

J:” …the entirety of the menu for Levels is yet to be determined. The one thing that we are going to have are in-house made artisan pizzas, because we have our own pizza oven in that location already, so they will be in a…nice open-face pizza oven that we’ll be making all of our pizzas in. Outside of that, the menu is very very much up in the air. What we will not have is a lot of the food that we have at The GamePad – The GamePad food is more of a ‘quick-service, sit down, grab a bite.’ We’ll have a few of the items like – mozzarella sticks probably won’t go away. But we’ll be leaning more towards burgers, and full meals, and a little bit of Asian-inspired and all over the board in that way, and it’ll be a much much larger menu.”

K: “We want to do a brick oven pizza thing, and we have a lot of ideas for that kind of thing, cause there’s different calzone type things… or open-faced sandwiches… that can be baked in a brick oven pizza. There’s a brick oven on-location in that space, that we want to revitalize, fix up, and… get it up and running again, so that we can make all these really cool, unique food stuff that a lot of places can’t, cause the don’t have the oven necessary for it. So, we’re excited about bringing those to it, as well as a lot of snacky foods like loaded waffle fries, and, you know, nacho-type stuff as well.”

S: “What do you think your customer base will be? Will there be an age restriction?”

J: “There will be an age restriction, in the same way that we have an age restriction at The Game Pad, so after our kitchen closes – whatever time that may be, it might be 10 it might be 11, we’re not sure – then we will be strictly 21+. Anytime other than that – and we’ll be open from about 10 o’clock in the morning for lunch service and even earlier for coffee – we will be open to all ages, all day long.”

K: “Well, from what we’ve experienced, here at The Castle, our demographic is pretty much the entire gambit: we’ve seen families come in with very young children, but we’ve also seen grandparents and much older generations coming in for their date night. We think the majority of our customers will be in the twenties and thirties age range: people who are looking to get out and have fun and spend a good night out with their friends. I think that’s going to be the majority of it, but honestly we’ve seen people all ages and all walks of life come to us.”

S: “Lastly, what is your favorite board game or video game of all time?”

J: “My favorite video game of all time is Harvest Moon for the N64. I grew up on a farm and it let me do all of my farming stuff in a video game, and I got to marry… and have kids, so it was awesome. My favorite board game of all time is kind of lame, because I’m not too too into the board game world, but I am a huge fan of Risk, because I take Australia and ruin everyone.”

K: “Of all time, that’s tough, since… I’ve played so many different board games and a lot of video games myself, as well, it’s really hard to just pick one because it depends on what you’re in the mood for, so, like party games: if I had to pick a party game, I really like Fun Employed, Betrayal at Baldur’s Gate… I’m a huge fan of as well, that’s more of a cooperative, exploring, fantasy-themed game as well. So, those are two that I would pick for right now.”

To learn more about Levels, visit their website here.