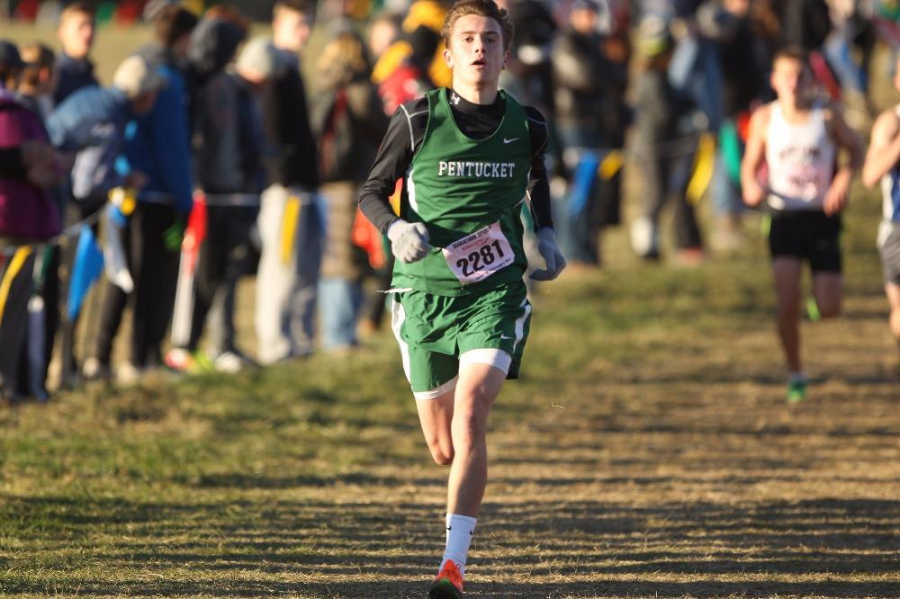 With the season already under way, the Sachems are 3-2 after a surprising defeat to Masconomet. Sophomore, Colin Costa said the devastating loss was only by one point, the difference of 1.5 seconds, and was a surprise to the whole team. After the Sachems’ top runner, Peter Lopata, finished, three consecutive Masconomet runners followed, which can be difficult to come back from. Masconomet outkicked and outsprinted Pentucket in the end which really factored into the loss. When asked what the team’s mindset will be for the remainder of the season, Costa was eager to state, “Go into every meet with the mindset that it is possible we can lose, but we won’t let it happen today.”

Pentucket ’s top runner, Peter Lopata also talked about how the Masco loss was a tough pill to swallow, but they are looking to bounce back and attempt to reach their goal of becoming state champions. Lopata stated that the team believes Newburyport will be their toughest opponent of the season after Masconomet. They were right, Newburyport handed them their second loss of the season.

With five meets under their belt and a record of 3-2, the Sachems look to finish strong and work towards that goal of a state title.