The Exhilarating Sport that is Girls’ Cross Country 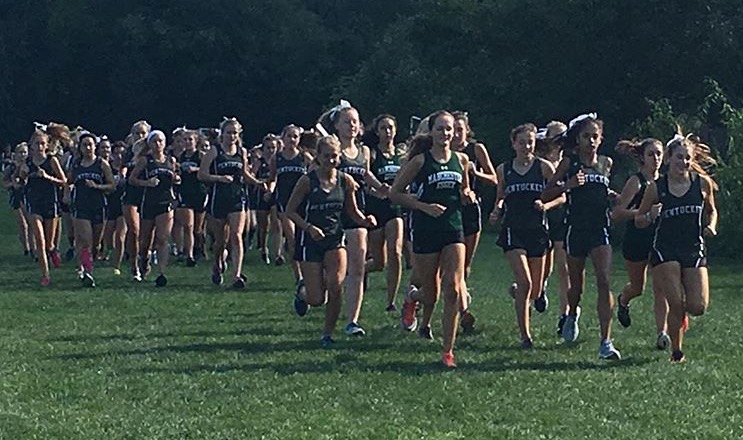 It has been just a month and the girls’ cross country team here at Pentucket is already on its way to success.

So far this season the girls have competed against six teams: Manchester Essex, Lynnfield, North Reading, Masconomet, Hamilton Wenham, Amesbury and Newburyport. They have had great success, and the meets against Masconomet and North Reading were very close races.

Contrasting with their record of 5-5 last season, the girls are headed towards victory with their 5-2 record so far. Earning a win against Masconomet gave the team additional prospects for success, having lost to them last year.

There are 61 girls on the team this year, which is the largest team head coach Robert Ruland has ever had. As cross country has become increasingly popular, more and more students are interested in joining the team. Thankfully, coach Ruland has two additional coaches this year, Keith Sherman and Amanda Cook, helping him with the team. Ruland states, “I’m really impressed with the team this year…  and people are working hard and showing a lot of improvement.”

Although cross country is strictly a running sport, many girls join because of the team energy, including sophomore Liberty Jackson who states, “I’m not that fond of the running, but I love the team aspect.”

Many freshmen have joined the team this year including Ella Edic, Phoebe Rubio, and Brianna Whyman, who have placed in the top 10 in almost all the races this year.

Two of the largest meets, the Cape Ann League meet on Oct. 28 and the MIAA Divisional Meet on Nov. 17, are coming up and the team hopes for victory.