After a Rough Start can the Patriots put together a Playoff Run? 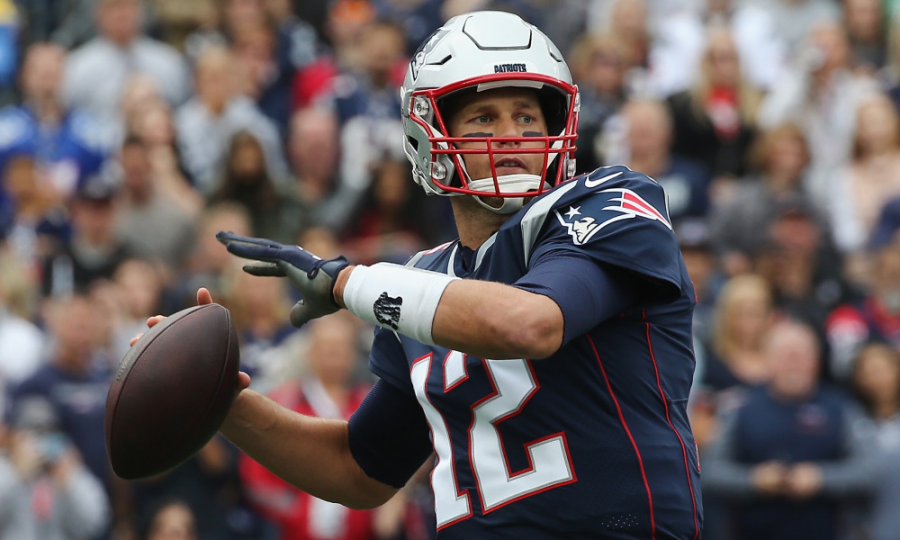 After a promising first game against the Houston Texans in week one of the 2018 NFL season, the Patriots started a two-week downward spiral. Tom Brady has said time and time again he hopes to play until he is 45 years old, but could age finally be catching up to him?

In Brady’s defense, he hasn’t had his favorite wide receiver, Julian Edelman, all season. In fact, New England only had three wide receivers starting in week three against the Detroit Lions: Phillip Dorsett, Cordarrelle Patterson, and Chris Hogan. Rob Gronkowski and Dwayne Allen are his other main pass options at the moment.

While Brady’s stats have been disappointing to New England fans the New England run game has struggled the first three weeks as well. New England running backs have racked up 293 total yards so far this year as opposed to the 430 they have let up. With the loss of Dion Lewis, who went to the Tennessee Titans, the Patriots depth chart consists of Rex Burkhead, James White, and the newly acquired Sony Michel. Burkhead led the group with 86 yards on the ground followed closely by Michel with 86 at the end of week three.

With little run game to assist Tom Brady, New England’s offense has been sluggish, posting three straight three and outs in their loss to the Lions Sunday night to start the game. During the week two game in Jacksonville, the Patriots’ defense seemed to be the main reason the Patriots were never in the game.

During week two against Jacksonville, the game had a strong start to the Patriots’ drive, including a 23 yard pass to Jacob Hollister from Brady. Then, Gostkowski missed a 54 yard field goal, giving the Jaguars good field position. The Jaguars’ quarterback, Blake Bortles, then began leading his team down the field rapidly. After a short less than four-minute drive, the Jaguars had a 7-0 lead over the Patriots.

From there, it was all downhill as the Patriots’ offense could not gain any ground, leaving the defense on the field for the majority of the first half. The Jaguars had a 21-3 lead heading into the 3rd quarter. The Patriots seemed to have a little more life on its offense in the second half but the Jaguars stayed ahead and won the game 31-20. At this point in the season, many Patriots fans were confident the team could bounce back.

A week four game in the NFL isn’t usually what one would call a must-win game, but for the Patriots losing to its division rival, the Miami Dolphins, meant falling back three games in the division, which is hard to recover back from.

The Patriots came back to Gillette Stadium, trying to snap a two-game losing streak after being on the road for the past two weeks. The crowd was louder than ever, waiting for their Patriots to get back on track. The Patriots began the game by stopping the Dolphins after only one first down to force a punt. The Patriots then began marching down the field behind Tom Brady and Sony Michel and ended up kicking a field goal.

From that point on the Patriots had all the momentum. The Patriots held the Dolphins to no points until late in the fourth quarter. The final score was 38-7 Patriots. The key to the Patriots’ big win was the defense coming alive and someone stepping up to become the Patriots’ lead ball carrier.

On the defensive side, this was the first game back with Trey Flowers. He added pass pressure that the Patriots have been without since he left the game against the Jaguars with a concussion. On the offensive side, Sony Michel rushed for over 100 yards and had his first NFL touchdown. Tom Brady had two picks but overall seemed to be back on track.

The Patriots then won 38-24 at Gillette Stadium against the Indianapolis Colts, proving that after their week four performance the Patriots have picked up where they left off before their losing streak. Depending on the results of the next few games it seems Tom Brady is going to put together another impressive year despite his age.