The Postseason is Back 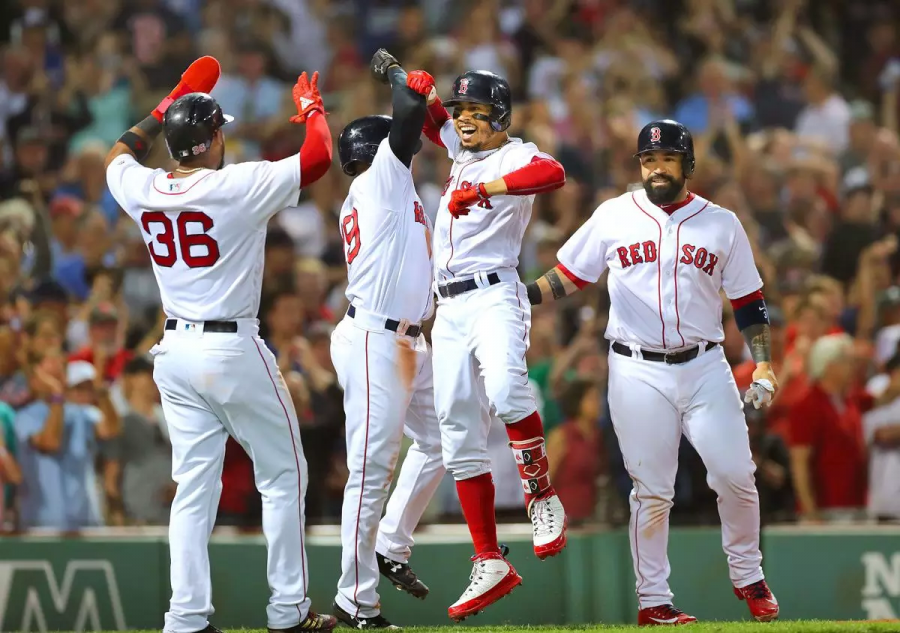 The Boston Red Sox are back in the Major League Baseball playoffs for the third season in a row. The past three seasons the Red Sox have won the American League (AL) East and this year the team holds the best record in the MLB of 108-54.

Boston’s star-studded lineup was headlined by right fielder Mookie Betts and designated hitter and outfielder J.D. Martinez. Betts leads the MLB in batting average (.346), slugging (.640), runs (129), and extra-base hits (84). He was also second in on-base percentage (.438) behind only Mike Trout of the Los Angeles Angels of Anaheim. In his first year wearing a Boston uniform, Martinez had a stellar season, leading the league in runs batted in (130). Martinez also finished second in the MLB for batting average (.330), slugging (.629), and home runs (43).

Being a strong defensive team brought the Red Sox to where they are now. Boston had a .987 fielding percentage, which tied them for third in the league with the Kansas City Royals and the Los Angeles Angels of Anaheim. With a starting outfield built through the draft of Andrew Benintendi, Mookie Betts, and Jackie Bradley Jr., the Red Sox have a strong core in the outfield for years to come.

Boston is now heading into the postseason finishing 5-5 in their last 10 games and then taking the first seed in the AL. In the American League Divisional Series (ALDS), the Red Sox will be playing the winner of the Wild Card Game, their rival team, the New York Yankees, in a best of five series. The Red Sox beat the Yankees in 4 games winning the series 3-1. Game one went to the Red Sox as they won 5-4 behind a strong outing by Sale. The Yankees were quick to answer tying the series 1-1 in game two with a 6-2 win. Games 3 and 4 went to the Red Sox ultimately giving them the series. Game three was a blowout, the Red Sox won 16-1 with a seven-run fourth inning. Game four came down to the last inning with bases loaded Gary Sanchez, the catcher for New York, hit a sacrifice fly to cut the Red Sox lead to only one. With runners on first and second, Eduardo Nunez made the crucial play for the Red Sox to get that third out and win the series.

The Red Sox have high expectations going forward in the 2018 postseason. They expect to get past the Houston Astros in the American League Championship Series (ALCS) and bring back one more championship banner to Boston.