The Truth Behind Zeitoun 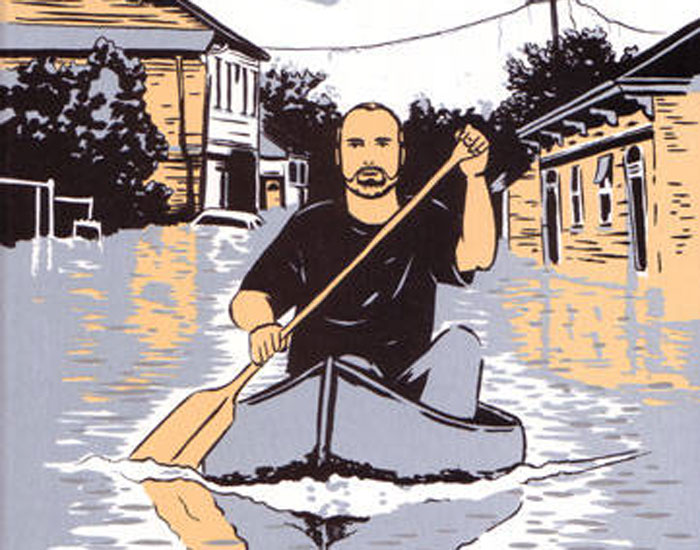 In June 2018, freshmen at Pentucket High School were assigned the nonfiction book Zeitoun by Dave Eggers for their summer reading assignment. As students explored the book, many were overwhelmed by the heart wrenching but heroic story of the main character, Abdulrahman Zeitoun.

Zeitoun, a Syrian-American man who had remained in New Orleans during Hurricane Katrina, helped a countless number of his neighbors. The book’s description of his wrongful arrest for “looting,” and the injustices he faced as Louisiana society collapsed around him led to outcries from audiences.

However, in more recent years, new details about Zeitoun’s life after the publication of the novel have emerged, showing a different side of the man portrayed in Eggers’s novel.

There have been many accusations against Zeitoun stating he repeatedly abused his ex-wife Kathy. Between 2009 to 2013, there were also multiple allegations of criminal behavior, including Zeitoun publicly assaulting her with a tire iron and offering $20,000 to a former inmate to kill her.

In 2016, Abdulrahman Zeitoun was convicted of stalking her and violating on several occasions a protective order against him. He was sentenced to four years in prison.

The accusations and arrests are a stark contrast to the man portrayed in Eggers’ book. In that work, he was depicted as a kind hearted man whose stubbornness and religious values guided a moral and heroic way of life. In reality, it appears Kathy’s accusations against Zeitoun show he may be a serial domestic abuser.

The proceeds of Zeitoun were also stated to go to the Zeitoun Foundation, an organization that provides funding for the rebuilding of New Orleans after Hurricane Katrina.

In 2009, a corporation known as Jableh, LLC, a domestic corporation located in California, received over $160,000 from the Zeitoun Foundation. Information about the company is scarce, however, it appears the company went public the same year it received money from the foundation.

Curiously, the registered agent for the company is Dave Eggers, the author who wrote Zeitoun. According to Bizapedia, a search engine dedicated to providing information about companies, the Jableh’s current filing status is suspended and forfeited.

Prior to receiving grants from Zeitoun’s organization, Eggers stated in a Patheos interview, “I wouldn’t be paid and I wouldn’t benefit from [the Zeitoun family’s] story in any material way.”

With Zeitoun’s recent actions and the questionable financial disbursements of the Zeitoun Foundation, why did the English Department select this novel?

According to Ms. Ducolon, an English teacher at Pentucket, the department chose to focus on nonfiction novels. The department had “read through many books,” yet none of them were as “well written and interesting” as Zeitoun.

“It was the best one we found,” Ms. Ducolon said.

Although she has expressed her concerns about how long and informative the first section of the book was, she realized that once Hurricane Katrina began to take its course the novel was easier to read. Ms. Ducolon stated, “I hoped students would like it.”

Despite this, Zeitoun’s past was unable to remain hidden from her, and in June she became aware of his criminal past.

She wondered, “Should we not read this book?”

Though the assignment had already been chosen, Ms. Ducolon realized it was beneficial for students to read the novel.

“I’d rather have a book that raises moral questions,” she remarked.

Ms. Ducolon also believes that morals are important to teach. When discussing morals, she related Zeitoun to The Adventures of Huckleberry Finn by Mark Twain.

Though it was a story based on the racism in the South, the mistreatment and coarse language used throughout the storyline questions morality.

She also considered teaching classes about the book Three Cups of Tea by Greg Mortenson and David Oliver Relin. The autobiography describes Mortenson’s actions in Pakistan and Afghanistan to create schools for girls. However, he had retrieved money from the funds for his own personal interest. Despite his questionable operations, Ms. Ducolon believed that it was important to teach his story because “it had merit.”