Do you Pledge Allegiance? 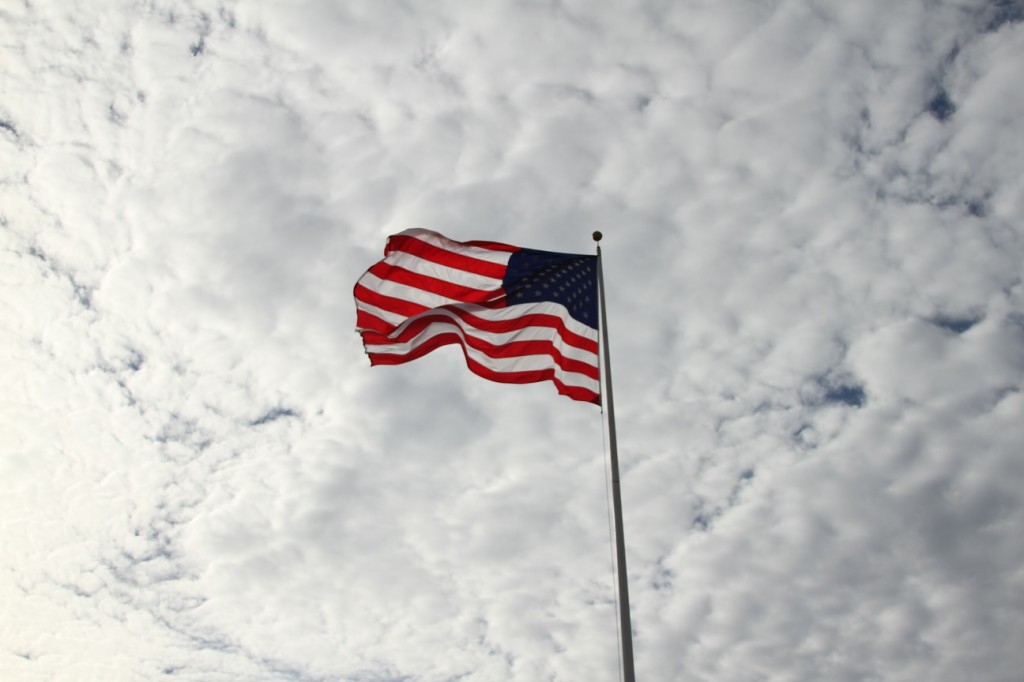 “I pledge allegiance, to the flag, of the United States of America, and to the republic for which it stands, one nation, under God, indivisible, with liberty and justice for all.”

We’ve all been guilty of mumbling these words early in a school day for no better reason than it’s what’s always been done. But why is there such a big fuss over the pledge?

The pledge of allegiance is a way for Americans to display their loyalty for their country. It is often recited in government before important meetings and events, but it’s also recited daily in the public school system.

The most controversial phrase in the pledge is the phrase “under god”, which was the most recent addition to the statement of loyalty. It was put there in 1954 to distinguish America from the state atheism of Communist Russia. Many people think it’s not necessary, however, because Americans have the right to practice whatever religion they choose, or none at all.

As I began brainstorming questions to ask, I became very curious about what different people had to say about the pledge and its most controversial words.

I first interviewed Collin Tarr, a freshman.  He was very supportive of the pledge and felt that not feeling the desire to say it was un-American.  He suggested that we should be teaching our children national pride, and that Americans should want to proclaim their loyalty to their country.

Mr. Langlois, a Physics teacher, laughed when I asked his opinion because he was concerned it may stir some controversy. “I don’t believe in God,” he bluntly said. He suggested that it becomes less meaningful and desensitized because we say it every day. He does, however, say the pledge when he has a class in his room. (Did you know that Massachusetts teachers are legally obligated to?) Mr. Langlois emphasized his disinterest in politics, and chooses to remain silent because of his own morals.

I next interviewed Paige McKean, a senior. This interview may have been my favorite because I totally achieved my goal here: Paige hadn’t really thought about the meaning of the pledge or why we say it, but she was really starting to after a few probing questions. She at first was very unsure, and simply didn’t see the importance of the pledge. After we had been talking for a few minutes, however, Paige suggested that it might be sending a Christian message. She said “I would feel weird saying it if I were strongly Muslim or something.  Paige also suggested that teachers, as role models, shouldn’t force their beliefs on their students. She said she doesn’t feel patriotic when saying it, even though she probably should. “I never really felt strongly about it, but now, it’s kind of weird.

I asked senior Matt Thompson if he says the pledge and he immediately responded with “of course, every morning.” He admitted that the pledge is a bit of a habit, but he does really like its patriotic theme. Matt suggested that “under God” might not necessary, but he doesn’t mind that it’s there, and continued to emphasize that patriotism is important. He finished by saying proudly, “Go America-it’s the greatest America out of all of them…yeah.”

“I think I’m the only one who still [says the pledge] senior Maddie Begin said with a laugh. She says she does out of habit, but went on to suggest that it’s a vow to stand by your country. When asked about the school influencing a child, Maddie said that a school shouldn’t influence a child’s beliefs, but this school doesn’t. I informed her that teachers in Massachusetts have a legal obligation to lead the pledge, to which she responded, “if they don’t want to, I don’t think we should have to. That’s why we have freedom of speech.

Tom Gallagher, another senior, pointed out that “If they bother to make a big deal out of the pledge, you might as well [say it].” He says it out of habit, but also on principle, and doesn’t think it’s a bad thing. Tom firmly believes that “under God” is unessecary. He said that it isn’t the government’s job to get involved with people’s religion. However, he said that teachers should have to say it as a part of your job as the head of a United States class. Tom finished by eloquently stating “It’s good to pledge allegiance to your country, but it’s overused and should be reserved for formal situations.”

Senior Amber Lancey had a very interesting perspective. She has never said the pledge, but also never made an executive decision to not say it. She just never really felt the need to. “I don’t feel that if I don’t say the pledge, I’m not united to my country.” Amber did, however, mention that she will say it on certain events such as Veteran’s Day. When I asked if she thought it should be reserved to these special occasions, a light seemed to go off in her head. “Maybe that’s what I think! It’s overused and commonplace. I doubt everyone in this school thinks about what they say every day.”

Personally, I’m skeptical of the pledge. I don’t think that I need to consistently reiterate my unwavering loyalty as an American citizen to be a good person. It’s good to be loyal to your country, but saying it every single day of my life in school has gotten very old. I’m also not nuts about “under God.”  What happened to the separation of church and state?

What do you, the readers, think about the pledge of allegiance? Is “Under God” necessary? Should we teach children the meaning before we make them say it, or even say it at all?

The pledge has always been a source of controversy, but perhaps getting the student population to consider its meaning will bring new light to this old tradition.