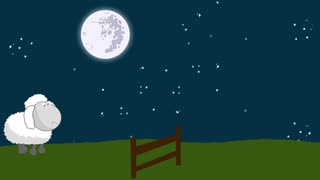 We’ve all had that experience; homework on top of homework on top of studying on top of projects and even essays, all to be finished by the next day. There’s also the issue of cell phones, Netflix, video games, sports, and other factors practically tearing us from what is too often our last priority: sleep.

“Along with the more obvious hormonal changes that transform your child into a teen,” teens experience, “shifts in the production of melatonin, the sleep hormone,” according to Sleep Deprivation in Teens. This causes teens to feel awake and alert late at night and tired in the morning. For fifteen to twenty-two year-olds, this is their normal circadian rhythm: falling asleep at later hours of the night and sleeping far into the next day. However, school prohibits this natural rhythm, for the average start time for middle and high schools across the United States is 8:03 in the morning, according to Centers for Disease Control and Prevention.

According to Sleep Deprivation in Teens, sleep loss for teenagers can result not only from hormonal changes, but from the distraction of technology such as cell phones and laptops.

The blue light emitted from cell phones and computers affects receptors in the eyes that “send a signal to the brain which suppresses the production of melatonin and keeps kids from feeling tired,” mentions Sleep Deprivation in Teens, causing them to stay up later at night and lose hours of sleep at a time.

Pentucket students would agree that cell phones, computers, video games, and television frequently distract them from sleep. In a survey of students of all ages at Pentucket Regional High School, 64.4% of students answered that technology, including YouTube videos, television, Netflix, and video games, inhibits the amount of sleep they get.

In addition, a staggering 93.3% of Pentucket students get less than the recommended amount of sleep for teens. Dr. Mary Carskadon of the Brown University states, “Nine and a quarter hours of sleep is what [high school students] need to be optimally alert.” In contrast, 72.5% of Pentucket students get six to eight hours of sleep every night, 19.3% average three to five hours, and 1.8% sleep less than three hours every night. The remaining 6.4% of students get the recommended amount of sleep, over nine hours per night. In this way, Pentucket’s statistics agree with the Journal of Adolescent Health, which states an average of 8% of high school students get the recommended quantity of sleep at night.

Numerous schools across the US have begun to implement later start times for high school students to combat this problem and increase the amount of sleep their students get. According to Principal Seymour, Pentucket High School has no plans for making such arrangements; however, there are many little things we can all do to get a better nights sleep and still get to school on time. The AAST recommends a hot bath, high-carb snacks, meditation, and no caffeine a few hours before bed for optimal sleep conditions. In addition, a quiet, dark, and cool sleeping area; a soothing scent such as lavender or chamomile in the bedroom; and an early bedtime when sick can help you sleep much better nightly, regardless of what time school begins.