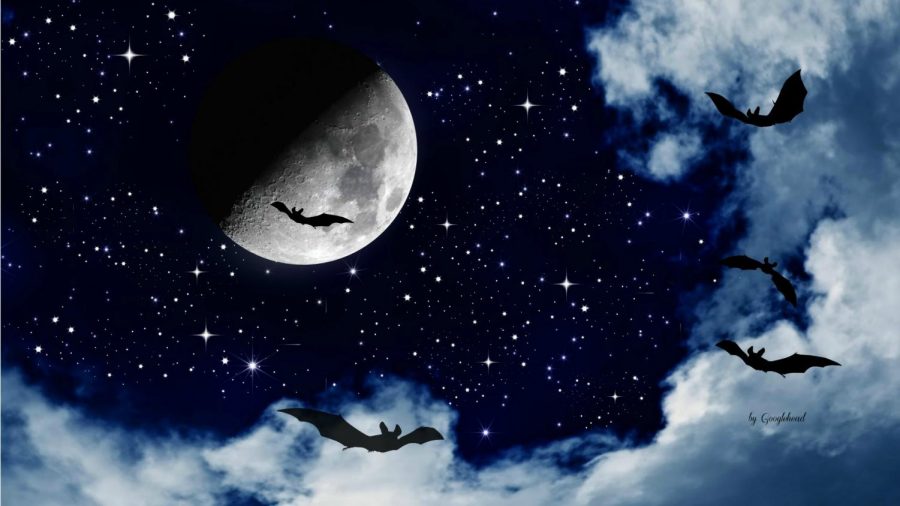 It was dark when the she heard the noise. It was Halloween night when Emily was on her way to the costume party. Out of nowhere a sound echoed behind her. She turned, but nothing was there. Emily continued walking, pulling her jacket tighter around her shoulders. The path was lit with street lamps, glowing comfortingly.

The noise happened again. Was it a stick, snapping?  It was just an animal, she mumbled to herself.

Emily’s skirt swished as she started moving faster. The lights glowed, revealing the outline of her shivering body.

No other shadow was there. No one could possibly be following her. It had to be some animal in the woods.

Emily dashed around the corner, trying to get to the nearest house. The noise followed her, getting louder and closer. Until she felt something on her shoulder…

The party was loud and crowded. Two girls waited for her. One girl had fiery red hair, and the other had black hair. They sat on a step, each girl trying to call Emily’s name .

At last, the door opened. It was Emily. Her blonde hair was a mess, fallen out of its braid. Covered in blood she stood, her polka dot skirt had a massive tear in it and a thorn sticking out of her shoulder.

Emily ran over to her friends, crying. “We have to run.” Emily urged them.

“What, what happened? Slow down, explain!” The redhead asked.

“What? What’s coming?” The other girl asked.