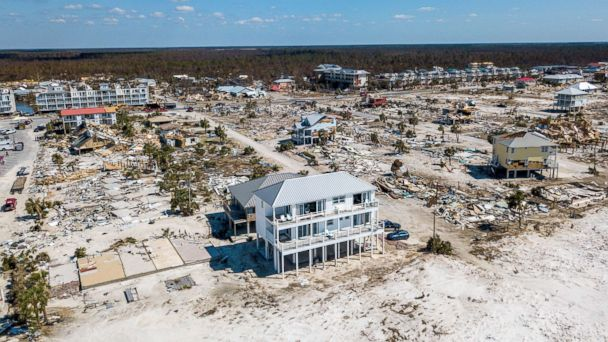 Hurricane Michael has stormed through the United States, causing great damage in Florida and other places across the country.

Forbes states that, “As for damages, risk modeler AIR Worldwide estimates that the insurance industry will suffer losses ranging from $6 to $10 billion.” The article continues to talk about how this estimate does not cover uninsured property or public infrastructure. Essentially, it is going to take a long time and lots of money for communities to recover from this storm.

Five states were affected by the hurricane; Virginia, Florida, Georgia, North Carolina, and South Carolina. Mexico Beach was directly hit by the hurricane, resulting in the loss of homes, power, and many jobs. Although most people were able to evacuate before the storm, “30 to 35 people are still missing in the rubble in Mexico City” according to CNN. Throughout the states affected by this storm, the death poll is 19.

As of Friday, in Florida alone 90,000 people are still without power (Power Outage.US). Highly affected areas have to get food and water airdropped in. Chad Frazier’s business and his son’s school were both demolished from the storm. Frazier still has hope though, because of the strangers helping out. He states in an interview with CNN, “The people who came, that was the biggest blessing to us. I didn’t see nobody in panic mode. Nobody was in tears about being hungry.”

Along with the help of civilians, large corporations have opened up to help with the hurricane relief, like the American Red Cross. The Red Cross states that, “Thousands of people have sought refuge in numerous Red Cross and community evacuation centers across Florida, Georgia and Alabama.” Those suffering are provided cots, food, and places to stay.

Hurricane Michael caused a lot damage and will take a long time to recover from and lots of effort from all, but those who were affected are still hopeful.