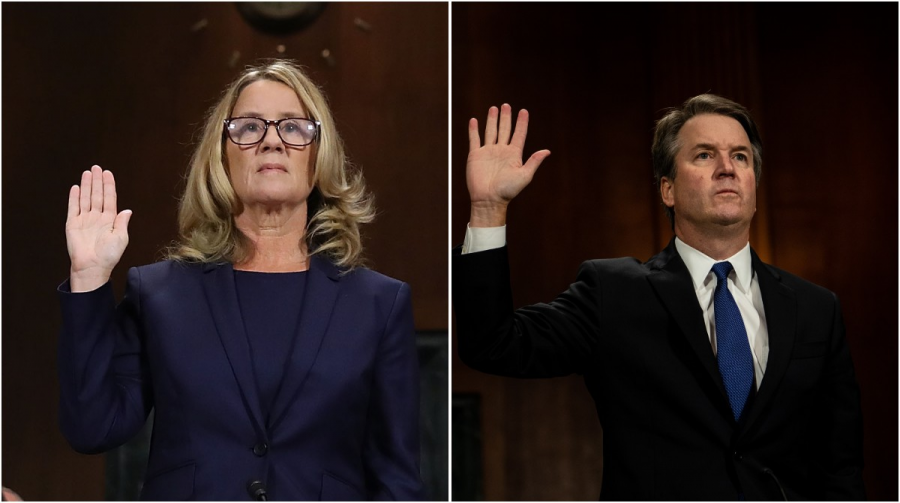 A Supreme Court Justice has a crucial role in American government. The elected Justice serves for life and makes decisions on some of the most important court cases in the United States. It seems only fitting that there would be controversy over the conformation of the newest appointed Supreme Court Justice nominee, Brett Kavanaugh, a Republican Judge appointed by President Donald Trump. He has not had as smooth a hearing as most past Justices. This hearing has taken place over the last few weeks and is similar to a job interview. Kavanaugh has interviewed for the job of Supreme Court Justice.

However, according to the New York Times, a woman named Dr. Christine Blasey Ford accused Judge Kavanaugh of sexual assault while the two were in high school. Ford is a professor at Palo Alto University. She appeared in front of the Senate to testify and tell her story. Ford and Kavanaugh attended separate high schools but their two friend groups often collided. Ford claims that the assault occurred in the summer of 1982. Ford’s testimony was heartfelt and moving, causing a debate of who was lying, if anyone.

There are various arguments against and for Kavanaugh being confirmed to the Supreme Court. One theory is that the Democratic Party set him up to ruin his reputation. Mostly Republicans believe this theory, that the Democrats payed Ford to testify against Kavanaugh. Believers think it is strange for Ford to come forward right at the time of Kavanagh’s conformation after so many years of silence. Those dissenters claim that doing this would benefit the Democrats because it would tarnish Kavanaugh’s name and move the confirmation closer to the midterm elections. Therefore, some Republicans think Kavanaugh should be confirmed because it is out of place for the Democrats to attempt to sabotage a conformation like this.

However, when watching her testimony, Ford was evidently too emotional for it to be fake. It would make sense for Ford to come forward now when her attacker is in such a public position. Kavanaugh’s appointment would bring back powerful memories of what she went through.

During all testimonies or court cases, gaps in the story are a significant concern. There is no difference in the testimony of Kavanaugh and Ford. In Ford’s case, there are some parts of her story that she could not remember and that other witnesses did not back up. Ford recalled there being four other people, three of whose names she remembered, at the party with her. Although, when asked under oath, none of these people could remember the party or any assault made by Kavanaugh; including Ford’s good friend, Leland Ingham.

This is not necessarily damning evidence. The alleged assault took place 36 years ago. That is plenty of time for someone to forget the details of such an event. There are holes in Kavanaugh’s story as well. His conduct during the hearing was concerning; he swung from crying to full blown anger in a matter of seconds. He repeated himself often, got too emotional, and may have intentionally lied in court about certain dates to support his alibi.

The investigation was not completed to the best of the F.B.I.’s ability. They were not given enough time, did not go deep enough, or interview enough people. The investigation against him was not as thorough as it could have been, and likely saved him from a much stronger case.