Sexual Assault and the Public 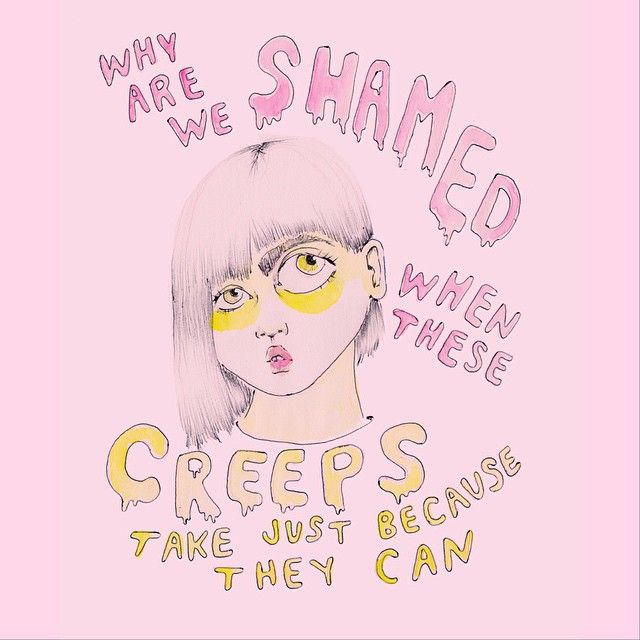 Disclaimer: This article is the first of three articles coming out, all about sexual assault in everyday life; all of the statistics and arguments are not in this article, nor is my opinion the same as that of all feminists.

94% of 843 women from Hollywood who were interviewed by USA Today say they have been sexually harassed or assaulted.

Sexual assault is being talked about a lot lately; there’s Brett Kavanaugh, Harvey Weinstein, Bill Cosby, and Louis C.K., all joining the ranks of the over 200 prominent figures accused of sexual assault. Even President Trump is among these men accused of disrespecting women.

A shocking aspect of this phenomena is how these men have each admitted to these accusations in some way or another, and yet no one chose to believe them or take them seriously. For some reason, people want to believe no one in the public eye could do wrong; they are ‘just kidding,’ or ‘using locker-room talk.’

One example of this is President Trump, in an Access Hollywood tape, who said, “And when you’re a star, they let you do it. You can do anything.

Yet, when Cassandra Searles said on Facebook that Trump continually groped her and harassed other Miss USA contestants, people deny this and claim that she is saying that due to a political motivation.

The list of men who have admitted to their crimes, yet are free of guilt, continues. Brett Kavanaugh has made many comments about how what happens at college stays at college, and he insinuated there are reasons to keep secret what has happened in his past. But when an educated woman hesitantly comes forward to accuse him of assault, no one believes her.

Before Harvey Weinstein was convicted, everyone in Hollywood knew about him. When Trump became president, everyone knew that he had sexually harassed women. Bill Cosby literally talked about drugging and assaulting women and yet when women came forward and accused him, many wondered if they were telling the truth.

There is also a staggering amount of pedophilia in Hollywood that many child actors have come forward about, including the men coming out against Hollywood producer Gary Goddard, saying that when they were kids he assaulted them.

There are many disturbing pieces of evidence that have accompanied these accusations, as Goddard’s coworkers have come forward to talk about his suspicious behavior.

Barbara Costa, the self-proclaimed mother figure for the rotating cast of boys surrounding Goddard, said she had a “gut feeling” about Goddard being a terrible figure to have near children, yet when she expressed her concerns to the founder and director of the program they were working out of, he dismissed her because she had no evidence.

This is not to say women in the public eye are guiltless of sexual assault. A notable example that affected me is the singer Melanie Martinez, who reportedly assaulted her friend at the time, Heller. I have not listened to her music since then. Maybe this was an overreaction, but maybe it wasn’t. There are many cases where I agree that people are innocent until proven guilty, but this is not one of them.

When someone accuses a famous, powerful person of sexual assault, they are not doing that to gain fame, nor are they doing it for their own benefit. Often, their lives and careers are ruined when they make such an accusation.

Even people who are big names have experienced versions of sexual harassment and misconduct.

According to a speech Jennifer Lawrence made at Elle “Women in Hollywood,” during an audition when she was 15, she was told to lose 15 pounds in three weeks. She was then taken to a lineup with other girls all much thinner than her, all practically nude. A woman there told her that she should use the pictures from that lineup to motivate her to lose the weight.

When she expressed her concern to a producer, she said “He responded by telling me he didn’t know why everyone thought I was so fat; he thought I was perfectly ‘f***able.’”

Which, of course, is the ultimate take away; people still think the issue is about how attractive a person is. It isn’t. The issue is that people are being made to feel unsafe and uncomfortable while doing their jobs, or coming forward against their rapists, or supporting their beliefs.