Why are World Series Tickets so Expensive? 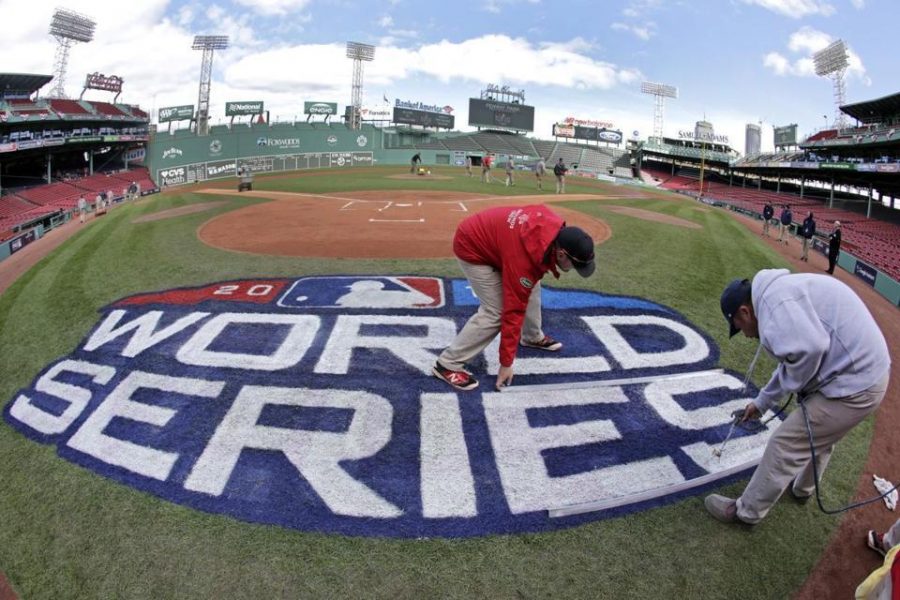 The Boston Red Sox are officially 2018 World Series Champions. Defeating the Los Angeles Dodgers four games to one. Steven Pearce won World Series M.V.P. hitting two home runs in game five, and eight runs batted in during the series. David Price picked up his third postseason win pitching seven innings, three hits, five strikeouts, and one run allowed. All five games were sold out there were many famous people in attendance. Jimmy Kimmel, Matt Damon, Mark Wahlberg, Lil Wayne, Joe Torre just to name a few. All these people make millions of dollars a year on movies, shows, and music. There were not a lot of just normal fans at the game. This brings up the question, How much money is a ticket to a World Series game?

According to The Boston Globe, someone spent 10,000 dollars a piece for two tickets to game one of the World Series in the front row behind home plate. Yes, that is 20,000 dollars for two tickets to a baseball game. The tickets for the World Series this year were ridiculously expensive. According to Ticketmaster the cheapest ticket at Fenway for game two of the World Series was 456 dollars and game three at Dodgers stadium was 645 dollars. That is a lot of money, which doesn’t account for parking, travel, souvenirs, or food. If you want standing room tickets on the green monster they are 3,000 dollars a piece, and you don’t even get a seat.

The World Series is becoming a business event. Only high class people can afford tickets to it. It’s not fair to the actual fans of the teams that have backed them up for the whole season who can’t even afford tickets to the game. Maybe not in Los Angeles, but the working class of Boston who make the city so great can’t go to the game because tickets are so costly. According to Statista, game one had 23 million television viewers. The amount of people that are watching baseball again is climbing, and the people who want to experience baseball for the first time can’t experience it live and in person.

World Series tickets are getting so expensive because the teams that make the World Series are not in it every year. The experience of being at the ballpark is worth the money and being at America’s most beloved ballpark, Fenway Park, is extremely expensive. Another reason for the spiked prices was that the Red Sox and Dodgers had never played against each other in the World Series. Game one was the first time future hall of famer Clayton Kershaw pitched in Fenway. Making it more and more expensive. The thought of Los Angeles against Boston blew prices up.

The World Series is a one of kind experience and if you can afford it I hope you have fun. But if you’re like me, you will be watching it from your couch. The two best teams are playing each other in the World Series and the ticket prices definitely reflect that. Leading to the question; how much would you pay for the tickets?