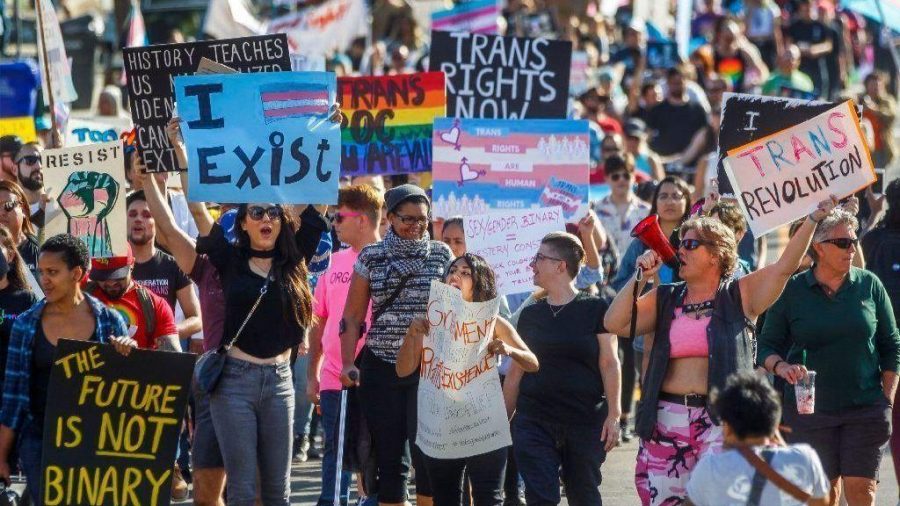 America’s current climate has been heating up with debates on immigration, abortion, LGBTQ+ rights, etc. In a fairly liberal state, Massachusetts hasn’t had an issue with the protection of minorities rights in a while, but the coming midterm elections have a big red flag.

Those backing the “no” stance say that the law puts people at risk because those who are “pretending” to be another gender could be convicted sex offenders or dangerous people. The organization calling for this repeal has the ironic name of “Keep MA safe.” On their website they say that  “this bill would endanger the privacy and safety of women and children in public bathrooms, locker rooms, dressing rooms, and other intimate places (such as common showers), opening them to whomever wants to be there at any given time, and also to sexual predators who claim ‘confusion’ about their gender as a cover for their evil intentions.”

What this organization cannot understand is that keeping transgender people from their preferred bathroom does not keep pedophiles and sex offenders from them because they could be the same gender. For example, if a little boy was in a locker room, there could be a middle aged pedophile in there too, and there is a slim to none chance that this pedophile is transgender. There is no definitive link from trans people to sex offenders; this is an unjustified claim with no evidence to support it.

Those backing the “yes” stance say that Transgender people have the same basic human right to public spaces as any other person. The organization backing this stance is called “Freedom Massachusetts.” Their website includes things such as interviews with trans teens and it even has a page that debunks all the myths concerning this bill. The biggest one debunks the myth that people can claim gender confusion to sneak into bathrooms: “we have laws in place that make it illegal to harm or harass people, or invade their privacy. It’s already illegal to enter a restroom or a locker room to harm someone, period. Anyone who does that can and should be arrested and prosecuted to the fullest extent of the law. Police use these laws to prevent assault, keep people safe, and hold perpetrators accountable. Updating Massachusetts law to protect transgender people from discrimination hasn’t changed that.”

When asked why he thinks this bill is being threatened, Pentucket sophomore Vance Carpenter said, “It’s a conservative group that wants to ‘protect’ people and its mostly geared towards trans women because the majority thinks that cisgender people are going to be attacked but that doesn’t happen.”

Ms. Ducolon was asked what her feelings on this bill are and she responded, “I think it’s sad that this is happening in 2018, where we’re becoming more accepting of different genders and sexualitites.”

Then Carpenter was asked what his feelings on it were and he said, “I’m a little scared because it might go through and a lot of people aren’t voting. But my mom advocates and does phone banks so that helps. Also Massachusetts is a pretty liberal state.”

After Ms. Ducolon was showed the “Keep MA safe” website she said, “Fear affects people, and in this case it’s a good way to make people racist and homophobic because then the people spreading it can sit back and feel superior because it’s ‘in the name of safety.’” She then quoted Ben Franklin to describe the organization calling for the repeal: “Those who would give up essential Liberty, to purchase a little temporary Safety, deserve neither Liberty nor Safety.”