Halloween vs. Day of the Dead 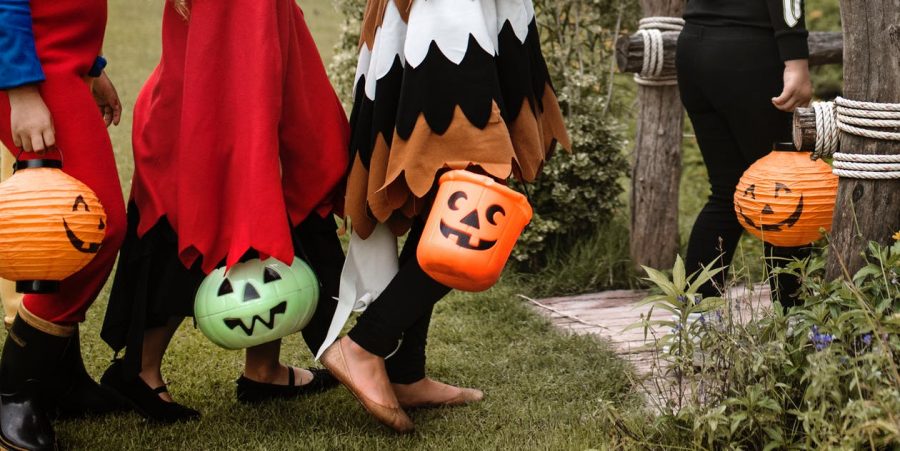 Day of the Dead actually lasts three days, whereas Halloween is a one-day event. During Halloween, death is seen as something spooky and is used as a way to scare. People decorate with ghosts and ghouls in order to ensure a feeling of terror.

In Mexican tradition, death is looked at as a positive, in which people are not afraid to die. On Day of the Dead, they celebrate the lives of their deceased family members. The holiday as a whole is family-oriented, as opposed to Halloween which contains little to no family celebrations.

The celebrations of the two holidays themselves differ from each other. During Halloween, the celebrations are light-hearted and do not hold much meaning as children go from neighbor to neighbor asking for candy. They wear silly costumes and do activities like carving pumpkins and bobbing for apples.

On Day of the Dead, the celebrations are much more serious. To begin, families create toppers to place upon the gravestones of their loved ones. Throughout the days, families will spend time at church and having a large feast with their families.

The celebrations on Halloween do not hold the same meaning. At night, children will go door to door dressed in costumes asking friends and neighbors for candy, and people will set up scary decorations such as ghosts and witches outside of their homes.

Among the differences, one similarity between the two holidays can be found in their origins. As explained by National Geographic, Dia de Los Muertos stems from old Aztec traditions. They believe that the spirits of their deceased loved ones awake from the dead and come back to celebrate their lives with them for the day.

During Halloween, the same idea is present. According to History.com, the Celts, a group of people who lived over 2,000 years ago in what is now the United Kingdom, believed that the separation became blurred between the living and the dead. They thought this event took place on October 31, which they believed was the last day of the year. This allowed for the spirits of those who died to descend to the living world for a day.

There are no doubt similarities between Day of the Dead and Halloween, but ultimately, they are very different holidays that are often looped together as one.