Honoring a Nation of Heroes 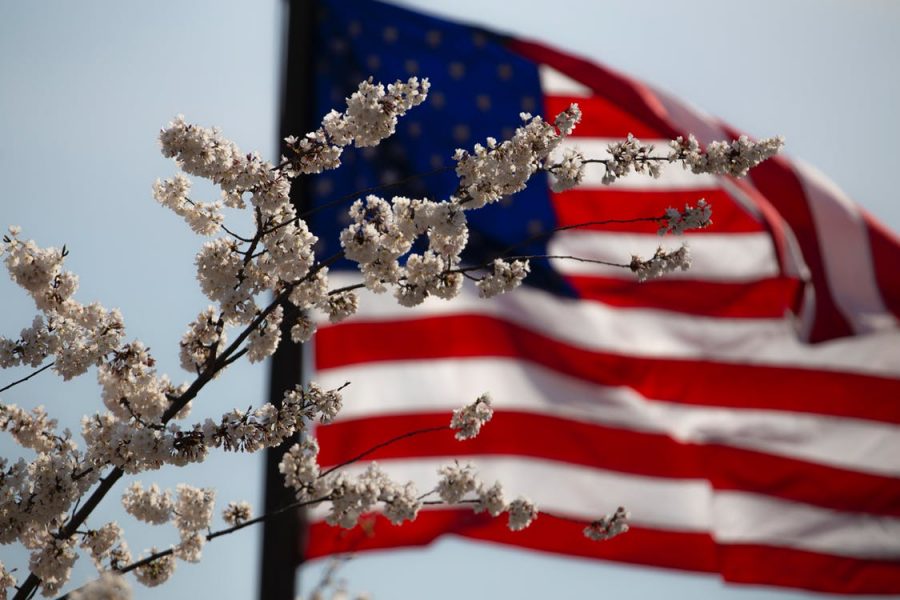 To view this article in an interactive setup click here: https://spark.adobe.com/page/oWXLvFrxi0F6D/

In this first piece, the article will explore what Veterans Day is, its history, and what it truly means as we celebrate its 99th anniversary.

Every year on November 11, millions of Americans celebrate the holiday that honors the nation’s veterans and remember their service in the United States Armed Forces. Since its creation in 1919, numerous communities have gathered together to celebrate our veterans, support our troops, and recognize the sacrifices they have made.

With Veterans Day approaching once again this year, it’s important to remember the history of Veterans Day and how it originated. From its origins at the end of World War I to today, the idea of Americans coming together to thank former and current members of the military has become a large part of our cultural identity.

Nearly 100 years ago on Nov. 11, 1918, an armistice, or a formal agreement to develop a truce, was formed between the Allies and Germany, calling for the end of the conflict. It was signed on French General Ferdinand Foch’s private train carriage, officially ending World War I. After four brutal years of fighting that had claimed the lives of 16 million soldiers and civilians, the opposing armies in the Great War had finally ceased fire.

An image of representatives for the Allies and Germany (source: https://www.welt.de/geschichte/article160308117/Der-Waffenstillstand-von-Compiegne.html)

Consequently, soldiers were able to return home, businesses resumed operations, and society returned to a peace time setting. Although many nations were greatly shattered and struggled in the face of economic hardship, some countries eventually recovered stronger than before.

President Wilson outside his home during Armistice Day in 1922 (source: https://blogs.loc.gov/law/2013/11/armistice-dayveterans-day/)

In the United States, President Woodrow Wilson made it known that honoring the armistice would become an annual recurrence. In November 1919, Armistice Day was proclaimed to be observed on November 11, exactly one year after the armistice that ended World War I. On that day, he added:

“To us in America, the reflections of Armistice Day will be filled with solemn pride in the heroism of those who died in the country’s service and with gratitude for the victory, both because of the thing from which it has freed us and because of the opportunity it has given America to show her sympathy with peace and justice in the councils of the nations…”

Wilson’s actions that day had set the seed that would eventually grow into Veterans Day. In 1919, it became evident that the United States would forever honor the peace that followed from the war.

Despite being widely celebrated, the United States Congress didn’t recognize Armistice Day as a legal holiday until they passed a resolution seven years later in 1926. As a result, it was officially celebrated in the United States, remembering the end of the Great War, world peace, and the sacrifices made to uphold it.

And years later, in 1954, President Dwight D. Eisenhower addressed the purpose of Armistice Day. Though it would hold the same values, its meaning became more personal to US veterans after World War I. By changing Armistice Day to the Veterans Day, Eisenhower stated:

“On that day let us solemnly remember the sacrifices of all those who fought so valiantly, on the seas, in the air, and on foreign shores, to preserve our heritage of freedom, and let us reconsecrate ourselves to the task of promoting and enduring peace so that their efforts shall not have been in vain.”

By creating this alteration, veterans of previous engagements such as World War II and the Korean War would be equally valued like World War I veterans. As a result, those that were either alive or deceased would be remembered for their service for many years to come.

Although an important value of Veterans Day is to honor all who have served in the armed forces, another important aspect of the holiday is to remember the sacrifices each made.

No sacrifice is too little: each man and woman who had placed their life on the line in times of war or peace should be remembered. The risk of a fatal injury or even death is a common factor, yet veterans continue to follow through with their jobs.

When they return home to their families, many veterans continue to face the challenge of war. Each challenge is different, but one factor is common: these burdens continue to impact their lives after their service is complete. One could lose a limb and spend the rest of their life recovering. A close comrade or friend could be killed, and the surviving veteran must carry that loss with them. And more often than not, a veteran could completely change as a person, losing their previous mindset before combat and developing various mental illnesses as a result.

The conflict may be over for the nation, but the battles many veterans must face in civilian clothing never ends.

However, sacrifices should not be limited to life threatening environments as well. Those who have spent time away from their families sacrifice missing out on important events, such as the birth of a child.

Remembering veterans annually is an event that has struck the heart of the nation for many years. We have an obligation to address the needs of our veterans, and honoring this day allows us to become more aware of their sacrifices.