Getting to Know Mr. Casey 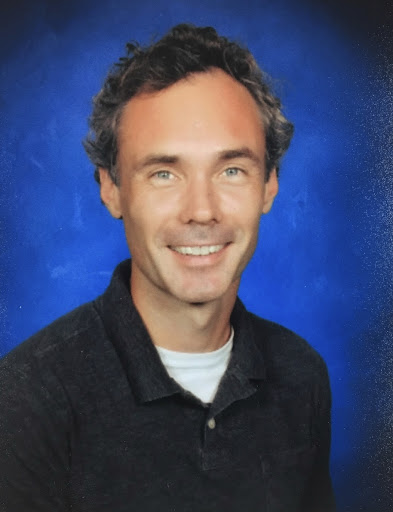 Professional soccer player, musician, teacher, and coach are all hats that Andrew Casey, a new addition to the Pentucket community as of this school year, has worn throughout his life. Casey has accomplished much and has an interesting life. Casey has a friendly nature and always greets students with a recognizably positive attitude.

Starting at a young age, Casey developed various passions including soccer, music, and helping others. Born in Ireland and raised primarily in America after moving to the country at age seven, Casey has a more global perspective of the world. In Ireland, he wore a uniform to school and had a large class size of around 40 children. After school, he enjoyed playing soccer in the street with neighborhood children.

Casey teaches writing lab, honors freshman English, and college prep sophomore English at Pentucket. He realized his interest in teaching at a young age when he would help his younger brother with schoolwork and worked at his father’s soccer camp as a teenager.

Casey’s childhood was very family oriented, as much of his family enjoys music and playing soccer too. His aunts and uncles played soccer, as well as his father, who played semi-professionally. Whenever Casey had a chance to get his foot on a soccer ball, he did.

Casey was a star athlete on his high school soccer team as a left midfielder and went on to play at Lehigh University in Pa. as a left defensive player. Then he played professionally with Portland Timber, a team now in Major League Soccer. In college, he worked hard to increase his strength and speed by getting up early several mornings a week to go to the gym.

After his soccer career, Casey started his career as a musician. He played in various bands and taught music in Brookline, Mass. for 10 years.

Casey still enjoys playing soccer at a local men’s league every Saturday morning and looks forward to it during the week. Not only does Casey love the game of soccer, he also believes it is “a way to connect with people… even if you have just met them and you don’t know them very well, you can talk to them about soccer.”

Because of this, Casey knew he could settle his nerves from teaching at a new school, because he coached the girls’ junior varsity soccer team and had met them prior to the start of school. Although this helped him transition, Casey said “I’m still getting adjusted. There are still lots of things that pop up that I’m not sure about or what to do, but I definitely feel more comfortable.”

As the second quarter approaches, Casey is looking forward to the rest of the year and is particularly excited for Poetry Out Loud because poetry is his favorite unit to teach.