Nostalgia in the Media 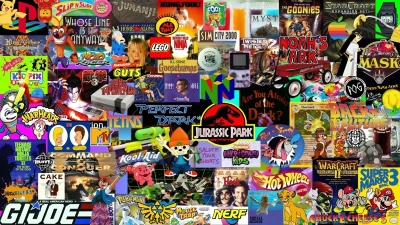 Paying homage to past decades seems to be the trend looking at this generation’s most popular movies, TV shows, and more. However, is this concept really a new one?

“Nostalgia” is defined as a sentimental longing and affection for the past, typically for a period or place that one has happy personal associations with. Looking back on the “good old days” is something that everyone has most likely experienced in life. With this in mind, it makes sense as to why today’s entertainment is centered around this idea, and why these media pieces tend to achieve such success.

The Netflix series Stranger Things is one example of the incredible success that nostalgia can bring. The show first premiered on July 5 2016 and has received immense critical acclaim for aspects such as characterization, directing, soundtrack, and of course, homages to a wide variety of all things 1980s. Because of this, the show has gained a wide range of viewers in terms of age. Those who grew up in this period can watch the show and feel transported back to their childhoods, reliving riding their bikes through town with friends, as well as the movies and music that defined their youth. Today’s teens and kids, however, also find the same enjoyment in the show for its story and characters, also through this use of nostalgia. Although they haven’t experienced the time period first hand, the praise and sentiment behind each reference to a song, movie, or franchise is often quite contagious. Viewers of the series leave with a new sense of connection to a time that they did not even exist in, bringing a second life to a time that has passed.

This idea is not exclusive to today and has often been utilized in other movies or series in the past. The movie Dirty Dancing, debuting Aug. 21 1987, is one of the most beloved films to come out of the decade and is often associated with the 80s. However, the storyline of the movie itself takes place in 1963. The film highlights some of the most recognizable parts of the 60s through aspects such as its soundtrack and costume styles.

The film Grease, released June 16 1978, also takes place in a past decade before its debut, this being the late 1950s or early 60s. The movie musical is well known for its overall “doo-wop,” vibe, one similar to Dirty Dancing’s.

Looking at the success of these shows and movies through time, it can be concluded that using nostalgia as a focal point in entertainment is effective, as it easily resonates with its audience. Think about your own favorite films and series, because chances are, you will be surprised at how many of them play with the idea of nostalgia.