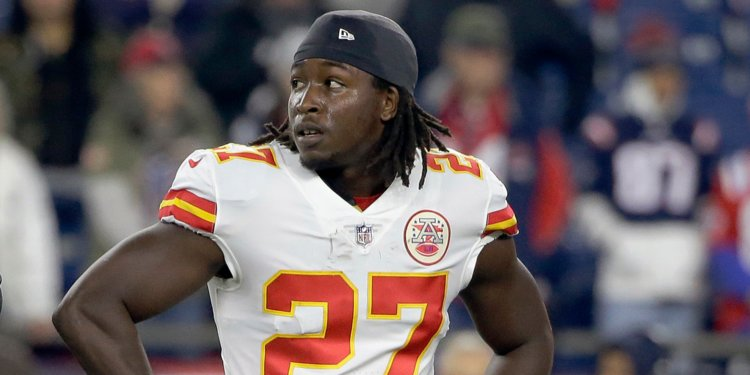 Kareem Hunt was a running back for the Kansas City Chiefs and seemed to have a promising future ahead of him before TMZ released a video of him kicking a woman in a hotel in Cleveland in February. This video proved that Hunt had lied to the Chiefs about the incident and caused an uproar which resulted in his immediate release from the Kansas City Chiefs.

The incident all started when the woman allegedly assaulted by Hunt was asked to leave his hotel room. After that, Hunt’s friends claimed that she had used inappropriate language that angered Hunt to shove her violently. The woman then was said to have hit Hunt in the head, setting off the NFL running back. His friends then attempted to hold back Hunt who knocked his friend into the woman, and they both went flying into a wall. As the woman was on the ground, Hunt was shown kicking her. The police were involved but there were no arrests because no proof was found of a crime being committed. Since then, Hunt has played in every single Chiefs game this season.

The second-year running back from the University of Toledo helped the Chiefs rise as one of the NFL’s best teams this year. Alongside Patrick Mahomes, Kareem Hunt led the explosive Chiefs’ offense to a 9-2 record and led the NFL in rushing before the video was released. While the February incident is widely discussed, it is not the only domestic violence incident involving Hunt.

Another incident in January involving Hunt showed him beating up a man with a group of others at a nightclub. TMZ obtained a video of this altercation as well, which caused the victim to be hospitalized. A police report was filed by the man but he eventually stopped cooperating, and no charges were filed. A third incident occurred in June when Hunt punched a man in the face at an Ohio resort. The NFL is currently investigating the latest incident. Hunt’s release by the Chiefs puts his future as an NFL player in doubt. The last time a domestic violence issue like this occurred in the NFL was in 2014.

In 2014, ex-Baltimore Ravens running back Ray Rice was seen on video punching his wife in an elevator. TMZ released the video and he was ultimately released from the team and hasn’t played in the NFL since the incident. The video of Rice went viral just as Hunt’s video did. It is still to be determined if Hunt will face the same fate that Rice did, but so far it seems Hunt is receiving more support than Rice did back in 2014. Kareem Hunt’s future in the NFL rests on the outcome of the NFL’s investigation.

The NFL’s investigation will likely be lengthy, which almost certainly eliminates Hunt’s potential return to the league during the 2018 season. However, there is a good chance he will play for another team sometime in the future.