The Life of a Journalist 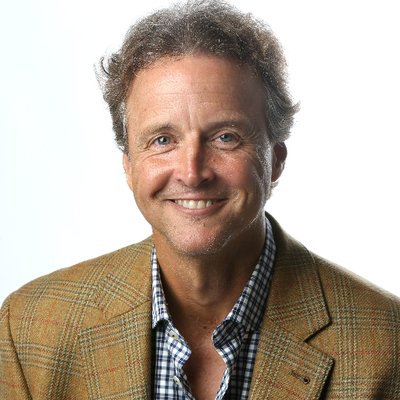 When picking up a thick, grey stack of newspapers and settling down with a cup of coffee or even reading an article on a digital device, have you ever considered the time and effort put into writing it? Along with a journalist’s opportunity to travel and meet celebrities, they often do extensive research to piece together short well-written stories that appeal to the reader.

Christopher Clarey, a global sports columnist and reporter, has a lot of experience in the industry and has been working for the New York Times for 31 years.

His fascination with writing and sports has always been a part of him. Even as a young boy he would frequently go to the library after school to read Sports Illustrated magazines.

Clarey was a co-editor for his high school paper in San Diego and in college he worked as an intern at the local paper during the summer. He graduated from Williams College with a degree in English literature and history.

After college, Clarey traveled the world for a year and when he returned to San Diego he was conveniently offered a journalism internship. Not soon after, he got a full-time job there.

Clarey’s job allowed him to continue traveling the world, covering a wide range of sports from soccer to alpine skiing. He covers certain events periodically, such as the French Open and Wimbledon tennis tournaments. Though, most of the time, Clarey admits, “There are no limits to where I go or what I do in terms of the sports I cover.”

Some stories may have to be written the day of the event or even a few hours after an interview, while others are an accumulation of years of material. For example, Clarey covered the Williams sisters as they emerged into the elite tennis world and has followed them throughout their career.

Several of Clarey’s life experiences helped him be a more empathetic writer towards athletes and coaches. He played soccer and tennis in school and he grew up around the ocean, giving him a lot of respect for the sports. In his writing, he is able to convey authentic emotions.

Considering a journalist’s short timeline to get a story written, one of Clarey’s techniques is that “while doing reporting, be an active listener and think about what sort of things strike you as meaningful and think about where would be a cool place to start. And often more importantly, where it is going to end.” He also added that having an intriguing lead and an impactful ending is what really sets apart a good article from a great one.

Coming from much experience and practice, Clarey says writing is “like a muscle. Like a sport, there is some natural talent for sure, but you can get a lot better, a lot faster.” Journalists are generally fast writers and starting the article is often the hardest part.

Journalism allows writers to travel the world and explore many different topics. Clarey enjoys the energy of the business and it keeps him feeling young because he has to reciprocate that energy. This can be a blessing of enriching life experiences, but for Clarey, he said, “I’m on the road a lot with pressure with deadlines and it’s hard on the family.” As do many journalists, Clarey and his family have sacrificed a lot to allow him to pursue his passion.

Sports journalism particularly includes a wide range of possible topics such as technology, social issues, ecological issues, opinion, hard news, and profiles. In Clarey’s opinion, “In journalism, I don’t think there really is any writer’s block because you can always do more reporting, make another phone call, or do more research to inspire yourself.”

Being in the business for 30 years, Clarey has witnessed much evolution in journalism due to technology. More and more people are now reading articles and consuming information from their digital devices. According to Clarey, they are used for “a faster flow of information and [technology] has also changed the appetite for stories.” Journalists are faced with the difficulty of writing compelling articles and conveying their messages with even fewer words.

Technological platforms such as Twitter and team-specific sports websites allow readers to communicate with journalists and players can voice their side of a story directly to the public. Although this allows more people to voice their opinions, it is important that people are presented with true facts and all possible perspectives.

Even though journalism is a difficult economic business and is decreasing its high demand, Clarey feels it is “important to have independent journalism, and society needs a strong watchdog. And in a society where that doesn’t exist, it inevitably helps people accumulate too much power.”

Clarey hopes that the next few generations “will realize [journalism] is worth paying for and supporting” because without this finacial support, resources that ensure the quality of journalism will no longer be available. Individuals can take this step by supporting their local newspapers, reading and commenting on articles online, and subscribing to online news companies.

Being a journalist is a difficult job and crucial in society. In some countries, it is even life-threatening as journalists are often killed by the government to limit citizen’s knowledge of political corruption and the possibility of rebellion. Journalism is the pure exercise of the First Amendment: an organization by the people, for the people.

Through his story Clarey allows many to gain insight into what the journalism world is like, that otherwise, many would never know. He is an inspiration for all ages as he pursued his passions of writing and sports, and as a result, attained great success.