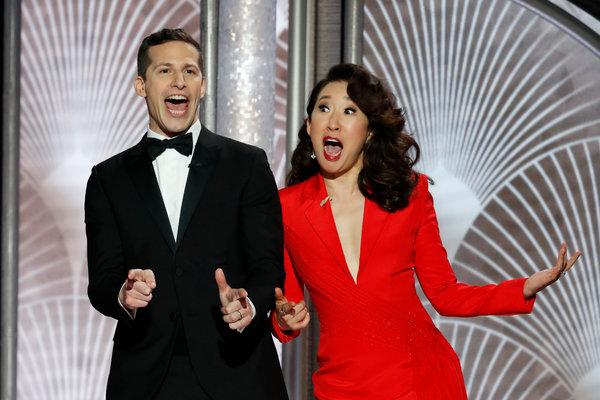 The 76th Annual Golden Globe Awards took place on Jan. 6. The show was hosted by Sandra Oh and Andy Samberg. Their opening monologue included quips about who will host the Oscars, Asian roles in Hollywood, and Lady Gaga’s repeated “There can be one hundred people in the room…” line.

Amy Poehler and Maya Rudolph got their own laughs from the audience. Before presenting the award for best screenplay, Rudolph imitated Glenn Weiss’ proposal to his girlfriend at last year’s Emmys by proposing to Poehler on stage.

In the motion picture categories, “Green Book” took home the most awards with three wins, followed by “Bohemian Rhapsody” and “Roma” with two. As for the television awards, “The Assassination of Gianni Versace: American Crime Story” and “The Kominsky Method” led the night, each winning in two categories.

Another moment that got much attention was the newly created Carol Burnett Award. It was received by no one other than Carol Burnett herself, who in her speech paid homage to her career in the television industry.

Female winners mentioned the Me Too and Times Up movements. Lady Gaga and Patricia Clarkson made comments about what it is like for a woman to work in Hollywood. In Regina King’s acceptance speech, she said, “I’m making a vow — and it’s going to be tough — to make sure that everything that I produce that it’s 50 percent women.”

Below is the complete list of winners from the 2019 Golden Globe Awards:

Best Actress in a Musical or Comedy Motion Picture – Olivia Colman, “The Favourite”

Best Actress in a Limited-Series or TV Movie – Patricia Arquette, “Escape at Dannemora”