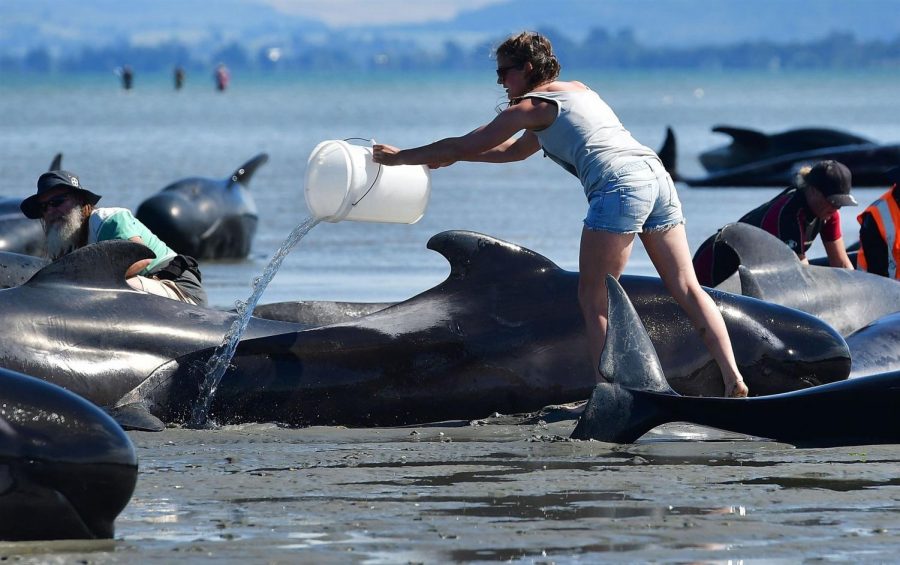 An alarming amount of beached pilot whales were found by a hiker on Mason Bay in New Zealand on November 24th. According to USA Today, the total number of whales comes in at 145 and scientists are still unsure of what exactly caused the mass beaching.

Returning whales back to the ocean can be a very dangerous task. The whales can become scared or stressed out when people try to return them to the ocean. This can lead to injury of those who are trying to return them. Because of this, getting the animals back into the ocean takes many people, a lot of time, and special equipment.

Whales can become beached for many reasons, as explained by The Washington Post. Illness, ocean currents, and oncoming predator all fall into this category. However, beachings caused by these things typically only include a single whale, not an entire pod of whales like what was found in New Zealand.

Though this event was unusual and shocking to many. It is not the first time a large group of whales has beached them themselves in New Zealand. According to The New York Times, in 1998, over 300 were beached in an area close to Mason Bay. In just February of 2018, another 250 whales were found beached in another location in New Zealand.