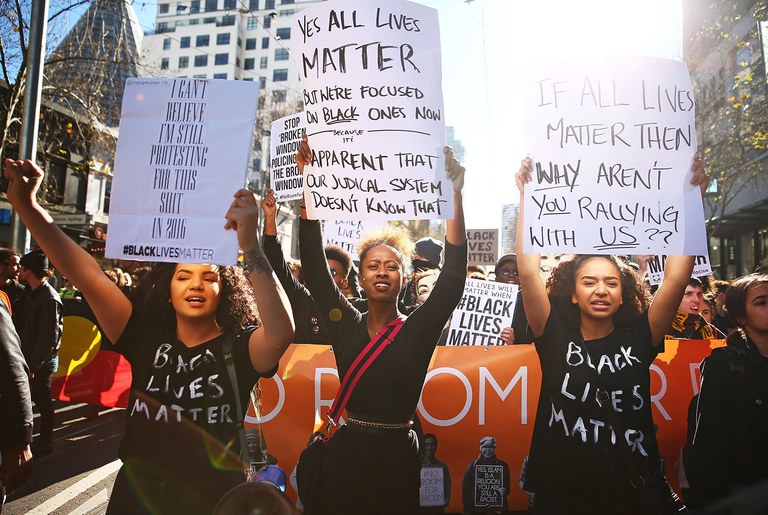 All sides of the Black, Blue, and All Lives Matter movements.

African Americans have faced a long and harsh history of discrimination in this country, and just because the Black Lives Matter (BLM) movement started in 2013 does not mean that it is no longer relevant today. Just recently, on Jan. 11, there has been a cry from those attached to the movement to arrest prominent Democratic supporter Ed Buck, for a second black man has been found dead at his home.

Most people in the Black Lives Matter movement would agree that all lives do matter, but that is not the point that they are trying to make. Their movement does not mean to say that police lives don’t matter, and they do not associate with anyone who has shot police in the name of the movement.

These movements truly began after the death of Eric Garner and shooting of Michael Brown, which led to what is assumed to be revenge via murder of officers Ramos and Liu.

Eric Garner was choked to death by police after resisting an unwarranted arrest. There is a video of the event*, and it is clear that the police don’t perform CPR while waiting for the ambulance, and do not bother to check if he is still breathing.

The shooting of Michael Brown, who was 18, is much less cut and dry. He took some cigarettes from a convenience store, and the cop recognized him later in the same night as the suspect. From that point on, the story is unclear. Witness reports vary severely, but thus far every official investigation into the case has conclusively said that the officer’s self-defense was warranted, although the number of shots fired was definitely shocking and unnecessary. Although some witnesses disagree, there is DNA evidence that matches with the officers claim that Brown reached into the police car after being stopped and tried to grab the officer’s gun. At some point during that time, two shots are fired at Brown, one likely grazing his thumb and the other missing him. Brown then runs, and again the story gets confusing. The officer pursues him, firing what was likely ten more shots at Michael Brown. Seven of those ten hit him, three in the head, all of them along the right side of his body. The officer and most witnesses say that before he was shot, Brown charged at the police officer. At least one of the witnesses claim that Brown had his hands up in surrender, saying, “Don’t shoot.”

Although that is now realized to be unlikely, “Hands up, don’t shoot” became a rallying cry for both peaceful and violent protesters that night.

A few months later, a man named Ismaaiyl Abdullah Brinsley killed the two police officers. He shot them both in the upper body and head with a handgun through their patrol windows while he was walking by. He then ran into the subway, where he committed suicide. Earlier that day, he had murdered his ex-girlfriend. He also posted on Instagram that he would be killing two officers that day hours before killing them. The targeting and death of those innocent officers is largely what spurred the rise of the Blue Lives Matter movement.

Although, in many of those cases, police officers had a complete right to defend themselves, the BLM movement makes an argument that police officers have chosen, and make the choice every day, to continue being a cop, which comes with risking your life. Many of the 995 people who were shot by police over the course of 2018 may not make that same choice.

*I am not going to link the video because it is very sad and also what I consider to be graphic, but if you truly want to you can look up Eric Garner’s death on YouTube.