Why a Reboot of “The Office” is Unlikely 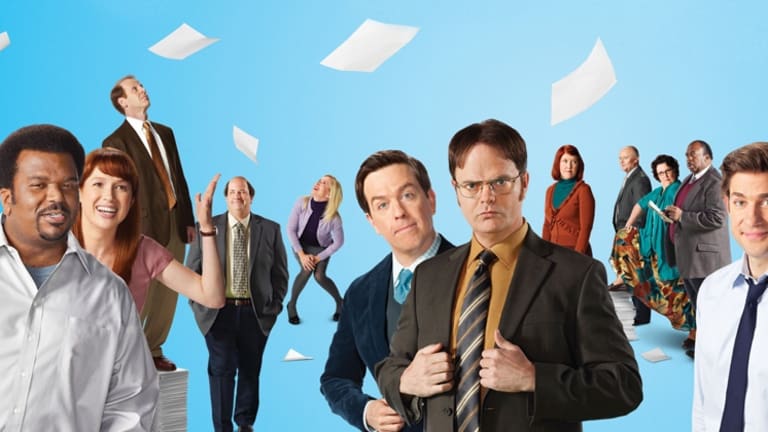 The Office is a TV show loved by many. It combines humor, romance, and unique characters to make a watch-worthy show. Because of the great qualities of the show, so many fans of the office want more.

The Office stopped airing new episodes on NBC in 2013, yet fans have not stopped watching. All nine seasons are currently on Netflix, making it easy for new generations to get into the show. The fanbase is now made up of many different ages and they all want the same thing, a reboot. Though some fans oppose a reboot, saying it could never be as good as the original, the majority wants one. However, there are a lot of reasons that a remake may be a bad idea.

One important thing to think about is that a lot of the cast members have successful careers now and though they loved working on The Office, they have moved on to new, exciting things. Recently, in his opening monologue on Saturday Night Live, Steve Carell, one of the main cast members on The Office, addressed the issue in a comedic way. He talked about how it was a great experience, but he doesn’t think it would be a good idea. Many of his former cast members, including Ellie Kemper, Ed Helms, and Jenna Fischer, made an appearance to comedically voice their “opinion,” mostly talking about how much money they would make off of a reboot. The monologue was meant to be ironic because Carell wants to show the fans who constantly ask about a remake that it can get really annoying. He has a career now, outside of The Office, and he doesn’t want to constantly be asked about a remake. Unfortunately, The Office’s time has passed and all of the cast members have branched out to focus on their own careers.

But this is not the first time Carell has talked about it. “I’ve never thought of it as a good idea,” he said to Time. In an interview with Esquire, Carell said, “I just don’t know how that would fly now [Michael Scott’s sometimes offensive jokes]. There’s a very high awareness of offensive things today—which is good, for sure. But at the same time, when you take a character like that too literally, it doesn’t really work.” He makes a valid point that today’s society has become much more sensitive than when the show was produced, and the jokes just wouldn’t go over well in today’s climate.

Another issue is that we’ve seen reboots not go over well in the past. They just simply do not live up to the reputation of the original show, harming the show’s legacy. For example, Arrested Development, a show about a family-owned, corrupted development company where one son faces many problems caused by his imprisoned father. After three great seasons, the show was canceled in 2006. In 2013, the show released a fourth season on Netflix as a revival of the original show. The original seasons were filled with humor and running jokes, while the fourth season just didn’t live up to it. Although the fourth season was still funny and a lot of episodes were great, it just was not the same. It looks like there was not enough work put into the episodes. Not all the actors could be there at one time, so a lot of the scenes are missing important pieces. The show just would have been better without the reboot. Many fans don’t want to see this happen to The Office. The Office creators are making a good decision by leaving the show alone. It would ensure that it cannot be ruined by adding on a mediocre remake.

Sadly, we may never hear another Michael Scott joke, see another one of Jim’s pranks on Dwight, or watch Michael run another unproductive conference room meeting. You can always rewatch the original show or some of the new projects that the cast are working on. But maybe it’s for the best. What do you think?