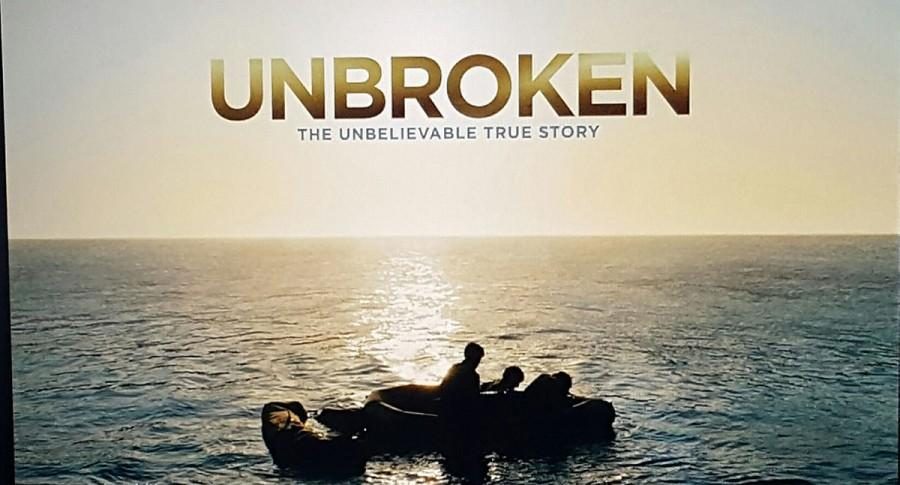 Many don’t know what it’s like to be in a war, and although author Laura Hillenbrand doesn’t either, she did a great job in writing one book about a man who knew a whole lot about it.

The book Unbroken by Laura Hillenbrand is about an Olympic runner named Louie Zamperini who was drafted into World War II. The book takes a close look at his struggles, involving life as a prisoner of war (POW), being lost at sea for 40 days, and the emotional aspect of it all that comes from Louie worrying about his family.

Although Unbroken had some unnecessary information, such as how certain planes are made and what they look like, Hillenbrand also incorporated the stories of other men that Louie had familiarized himself with, what they went through during the war, and what the outcome was for them as well. Hillenbrand also included pictures of Louie, his family and friends, and planes. These pictures provided for a visual effect that added nicely to understanding the story and what was going on during that time. Lastly, Hillenbrand included the thoughts of Louie and other characters as a way of providing more of a mental and emotional connection to them and what they were going through at the time.

When looking at Unbroken, it covers a lot of information about World War II, but it also contains information based on real-life experiences. Readers who have a love for history and those who have a fascination for true stories would love this thrilling novel. Although this book is based more on the true story of Louie Zamperini, it also has quite a bit of background information that applies to the overall war and what makes it so important to history.

On December 25, 2014, Unbroken came out as a major motion picture. Directed by Angelina Jolie, the movie was a great success, so much so that a sequel was created and was released on September 14, 2018. The first movie, although only having a 51% on Rotten Tomatoes, was liked by 92% of viewers on Google. The Rolling Stones’ Peter Travers is quoted for saying, “Unbroken is beautifully crafted even in its brutality.” It seems as though the cast of the movie was able to portray the book very well, which was a major concern due to how well Laura Hillenbrand was able to.

Overall, Unbroken was a heart-wrenching and devastating story. It was written very well with all of the aspects needed to inform readers about this Olympic runner and his great misfortunes.