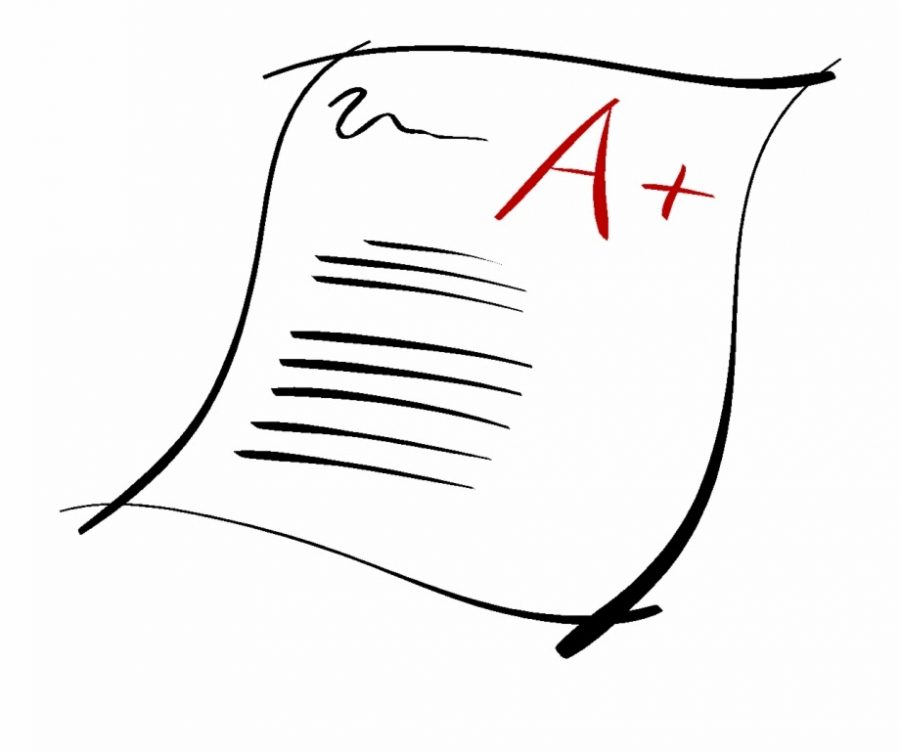 A Pentucket sophomore student sits with a course registration form in their lap; heavy sweat drips down their face, and the cold droplets slowly inch across their hot skin. Should they choose CP or honors? Accelerated or AP? Will one affect their college acceptance over another? Will this simple decision drastically change their life forever?

The controversy between honors and CP classes has been an ongoing struggle for almost all students at Pentucket High School. Although some individuals are aware of this cause, the debate over separate versus combined class levels should be a more acknowledged issue at Pentucket.

A teenager goes through enough stress in their life, typically more than they are programmed to handle. According to recent studies documented by The Princeton Review, nine out of ten teens confirm that 83 percent of all occurring stress in their lives is caused by school; 69 percent of this stress is caused by class course decisions and how it will affect their college acceptance. This preparation process causes kids to start thinking about their future, which can be intimidating.

Stress also lingers in the brains of young adults, fearful that the classes they take will affect their college acceptance or, rather, affect what college they will be accepted to. The head of the guidance department, Mr. Smith confirms that colleges have slowly been changing their systems. In the past, colleges have usually relied on SAT scores and determined GPAs when placing a student. “The truth is colleges now rank students’ transcripts based on the most rigorous courses, and the GPAs are recalculated from here,” said Mr. Smith.

A lot of times, the classes students choose to take for themselves are not always the level best suited for them. Unfortunately, this can create an issue. For example, a student who believes they would work at an honors level might choose to take an honors class, but instead they would actually work best in a CP environment, or vice versa. Mr. Repucci recognizes this issue, saying, “I’ve been seeing this [problem] a lot today: More and more people are going into honors classes for social reasons, which are the wrong reasons.”

Pentucket’s Superintendent, Dr. Bartholomew, explained how this reoccurring issue relates when considering student recommendations: “It’s difficult because what if you have a student who doesn’t do any of the homework and shows little effort in class, but then gets A’s on tests? Where would you put this student?”

Sometimes students try so hard to get into classes in which they think are considered the “best.” This leads to cases where you see kids struggling to earn no more than a B in an honors or accelerated class, when actually, “If a student earns an A in a CP class, it counts as a 4.0 [in your GPA], while a B in an honors class counts as a 3.5,” said Mr. Smith. Students shouldn’t have to be stressed about what class to take but instead focus on doing well in a class that works best for them.

There has always been an unfortunate stereotype usually associated with CP or lower level classes, which ultimately causes students to choose the “best classes.” Like most false stereotypes, this is simply based on the attitudes of one out of every five selected students. The stereotype is unfair and incorrect.

A Pentucket sophomore comments, “I do think there is a stereotype associated with CP classes, but you don’t really notice it that much. Maybe [it’s] because we’re just so used to it?”

CP students are also treated differently. When asked if they think honors kids “make fun of” CP kids, Pentucket Sophomore Phoebe Rubio answered, “I think it depends on the person. Sometimes kids make fun of each other, though.”

Sophomore student Ella Edic said, “CP students make fun of themselves, too. But usually it depends on the class, like math.”

Teachers noticed this problem as well. “It’s not common,” said Mr. Casey, “but I have heard comments. You say CP, and if you say it in a pejorative way, then it has negative connotations. When I hear kids say this, I make sure to point it out.”

Mr. Seigfried added that although he hasn’t seen any instances where honors kids make fun of CP students, he does think that it’s difficult for kids who aren’t ready for honors and belong in a CP class.

Students also face pressures from their parents, as they often influence their children to take higher level classes. Parents just want what’s best for their kids; they want their children to push themselves and to keep their options open. In reality, the best scenario for a student would be to take classes that truly are the right fit for them.

So, the real question here really has to be asked: are separated classes really beneficial to the Pentucket students, or would heterogeneous classes be a better fit? The responses from Pentucket students vary. Most students agree that it really depends on the class. Mr. Seigfried and Mr. Repucci agree that they could go either way, and are open to change. However, “[Combined classes] might make students feel worse,” said Mr. Repucci.

Mr. Casey elaborates by saying, “I think it works, for most of the kids, the way it is. In an ideal world, there wouldn’t have to be separate groupings, but instead stronger students would help others develop better skills.”

Sophomore Chemistry teacher, Ms. Goodrich believes that separate classes would actually be more beneficial because “girls learn science better if no boys are present in the room.”

Evidently, there are pros and cons to both. Dr. Bart explained the process: “With heterogeneous grouping, kids feed off of each other. Then again, some kids aren’t ready for new material, while others are way ahead.”

It’s important to appreciate the struggles teenage students experience due to class course selection. Classes are a very important part of a student’s education: the classes a student takes can affect their entire high school experience and possibly affect college acceptance. Although this is an argument that is not as talked about as others, the controversial differences between class levels is a difficult issue Pentucket educators and students face.