Does School Start Too Early? 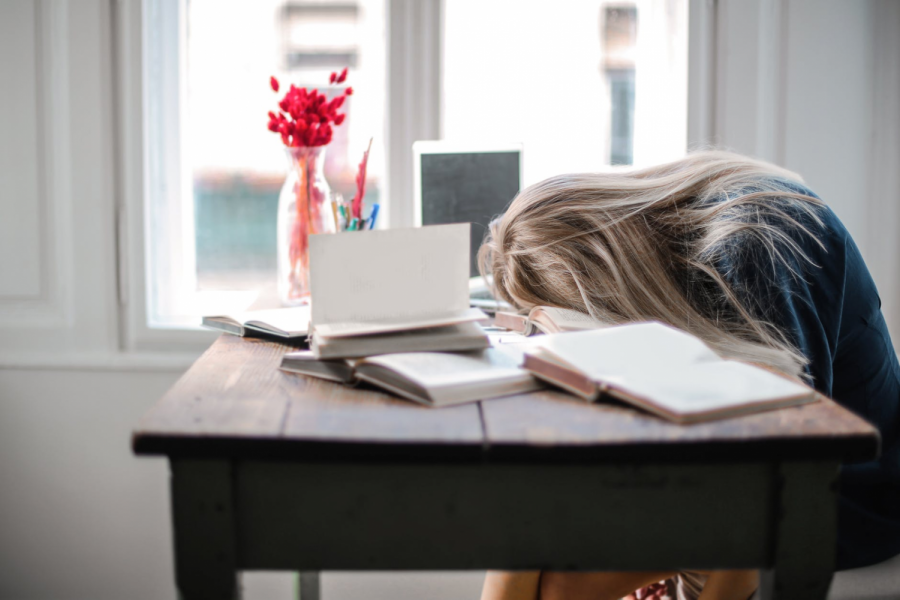 Every high school student knows the dreadful familiarity of hearing their alarm clock sound off early on a weekday morning, disrupting the tranquility of their bedroom. As an effect of this nationwide teenage crisis, many high school communities across the country are considering starting school later, and some are even acting on it.

Getting up early is never easy, and many students find it difficult to shake off their tiredness to start the day alert and ready to learn. One major discussion surrounding the idea of allowing high school students to start the school day later is whether or not the pros outweigh the cons.

Many students and staff at Pentucket Regional High School believe that pushing back the start time of the school day would be a huge benefit. Mr. Siegfried, a history teacher at Pentucket and a father of high school students, says, “as [a] father of teenagers, I understand how late my kids stay up, and [they would love] a later school start.”

According to a significant amount of medical research from the American Association of Pediatrics, not getting enough sleep is especially common amongst teenagers and serves as a big contributor to many health risks. These risks include unhealthy weight gain, fatigue, and increased usage of drugs and alcohol. Not only can a lack of sleep affect the health of teenagers, but it can also affect their academic and athletics performance too.

Amy Morin, a licensed social worker, wrote an article discussing the risks teenagers face as they become sleep deprived. What many people do not know, according to Morin, is that a high percentage of teenage driving accidents occur because of sleepiness. Getting up early for school is a definite cause of teen drowsiness, which leads to 100,000 car accidents per year. An extra hour of sleep for student drivers could potentially mean less lives lost due to tired driving. In addition, a more restful night’s sleep has proven correlation to academic success. James Maas, Ph.D. and leading expert on sleep, writes that “trying to educate teenagers so early in the morning does no good.”

One major factor that makes the high school administration hesitate to delay start times are athletics. If the administration knew that their student athletes would not be pushed away from playing sports if they started later, perhaps starting school later would be taken into more consideration. Many students have wondered about the severity of the effects that sports timing would suffer, but the leading athletic director at Pentucket, Dan Thorton, does not believe that the move would make sports unable to run the same.

Mr. Thorton had a lot to say about the possibility of school starting later. When asked if he thought that a later start time would affect the participation levels in high school athletics, he said, “I don’t think it would be affected in that regard.” In addition, as the father of a high school student, Mr. Thornton said he believed that the benefits of a later start time are specific to each student, and they can change on a nightly basis.

Obviously, every student has a different workload each night and personal schedule that pertains to how they complete their work and what time they are able to get to bed. However, if school started later in the morning, those students who are unable to get to sleep until late into the night would be given the chance to sleep in and rest before beginning their next day.

There are some people in the community who feel that there would be no benefit, or even negative effects, to a later start. It is clear that the effects of a later start time would be on an individual student basis, and some may be negatively impacted rather than positively.

There are many students who have demanding after school schedules that would be significantly affected by a shift in school start and end time. Senior Brynn Mccarthy works a job right after school in addition to her 25 minute commute home from campus. “If we started later, I wouldn’t be able to get home in time to make it to work because I also have to drive my brother home.” Students like Brynn face the difficulty of after-school responsibilities that would be completely disrupted by a later start time. Teens who have a farther commute and jobs that require a specific afternoon schedule would be negatively impacted by a later start time.

English teacher Ms. Ducolon has brought up another valid point as to why a later start time would not benefit high school students. She says, “In life we don’t get to choose what time work starts […] Most jobs are during the day, and most of the time you have to get up early to get there, and getting in on time not only is just an unexcused tardy, but you actually might get fired.” This is an important argument for high school students to consider, as they are preparing themselves to enter the real world and work jobs that require an early start.

Superintendent Dr. Justin Bartholomew offered in his opinion as an administrator who has worked in districts that started their school days later in the morning. “Having worked in districts that started later, I can say there are definitely trade-offs. For students participating in extracurricular activities, it meant they weren’t getting home until much later, which, in turn, means that they have to stay up later to complete their work. Not to mention that the opportunity to have a meal together as a family is pretty much gone at that point,” he said. When considering the idea of the school day starting later, it is important to factor in that home and family lives may also be compromised.

Mrs. Kiernan, a Spanish teacher at Pentucket, agrees that the impact on after-school activities would be too disruptive to community members. “There would probably be a bad impact on family life,” she said. “Although there may be some evidence that high school age kids are alert later in the day, I think that the disadvantage of us starting later outweighs the advantages.”

Whether or not school starts too early is an issue that members of school communities everywhere have different opinions on. While the evidence and opinions from both sides of this argument have been presented and strongly supported, there is no true way to decide whether or not a change to the school start time will affect community members in a positive or negative way.