The Manual Transmission: A Dying Breed 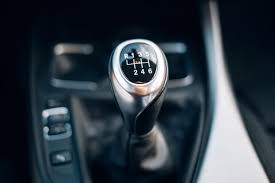 The manual transmission is on the endangered species list.

Every year, fewer and fewer cars are offered with a clutch and a shifter. Why? Americans just don’t want to be bothered with the chore of working a clutch with their left foot and shifting with their right.

In addition, sports car manufacturers are the worst offenders when it comes to quitting on the stick shift. Since the newest computer-controlled automatics can shift more quickly than any human can, engineers see the manual transmission as outdated.

Not too long ago, a majority of cars and trucks were controlled with a manual transmission. When automatic transmissions became affordable and reliable in the mid-1950’s, they became increasingly popular. By the 1980’s and 90’s, automatics became so prevalent that people stopped learning to “drive a stick” during their teen years.

According to Edmunds.com, only 1.2% of vehicles sold in the U.S in 2019 were manuals, and only 18% of the American population know how to drive a manual.

This shouldn’t come as a shock to anyone. The demise of the manual has been a well-known inevitability for a while, and a topic that has grinded the gears of automotive outlets and clutch connoisseurs for just as long.

However, there are quite a few pros to driving a stick shift. Here are a few:
You’ll Get Better Fuel Economy
While modern automatics are more fuel efficient today than they were 10 years ago, they still can’t compensate for human intuition. A new automatic transmission might have a lock-up torque converter and eight speeds, but it can’t see the terrain or understand what traffic is up to. A manual transmission can be very fuel efficient in the right hands.
It’s Simpler and More Reliable
Automatic transmissions are incredibly complex. When they fail, it’s thousands of dollars to repair or replace an automatic. A manual transmission, on the other hand, has very little chance of failure. The very worst case is that you have to buy a clutch, which is a drop in the bucket compared to buying a new transmission.
Not Many People Will Ask to Borrow Your Car
Have an awesome sports car that everyone wants to drive, but you’re not down with the idea? Tell them it’s a manual and see how that number drops. Not many people know how to drive a manual, and those who do usually don’t feel compelled to borrow other people’s sports cars.
If You Know How to Drive a Manual, You Can Drive All Cars
It’s a little thing, but knowing how to drive a manual is a skill. That skill allows you to drive all manner of vehicles, especially commercial vehicles and classic vehicles. Maybe you can help your friend move his dad’s vintage Corvette someday…
You’ll Have Better Control Over Your Vehicle
When you drive a manual, you have control over exactly how much power is going from the engine to the wheels. This will come in especially handy during bad weather, or when ice and snow cover the roadway. It’s also great to have manual control when you’re off-roading.
It’s A Great Anti-Theft System
With so many people not knowing how to drive a stick (perhaps as much as 80% of new drivers, and about 50% of all drivers), there’s a good chance that a potential car thief isn’t going to know how to drive your car if he or she tries to steal it.
The Ole Battery Start Trick
If you ever find yourself with a weak battery, give your car a rolling start and pop it into gear — try doing that with an automatic! Actually, don’t try that with an automatic…
Manual Transmissions Cost Less
Cars and trucks with manual transmissions cost less, which means you can save a few bucks when you buy one at the dealership. Instead of spending money on an automatic, you can buy some extravagance (like heated seats).
Manual Transmissions Need Less Maintenance, Longer Lasting
A well cared for manual transmission is essentially a low maintenance transmission. At some point in a manual transmission’s life, you’ll need to drain and fill the gear oil, and depending on use, perhaps replace the clutch once or twice.

Contrast that with an automatic transmission, many of which need their fluid drained and filled every thirty thousand miles. So-called “lifetime” transmissions never need to be drained and filled, but they only have a life expectancy of 180 thousand miles or so. Once they’re “kaput”, you’re out thousands of dollars buying a new or refurbished transmission to replace it.
It’ll Make You Cooler
Say what you will, but there can be no argument on this point: if you see a sports car with an automatic transmission, you’re disappointed. Perhaps even judgmental. But if the car has a manual? That’s cool.

Manual transmissions are cooler. Plain and simple.
Driving a Manual is More Fun
The last – and very best – reason to drive a stick: it’s a heck of a lot more fun. Nearly every person who has owned manual cars and automatics will tell you that driving a stick shift is by far more pleasurable. It’s a tactile, engaging experience. It’s a connection between driver and machine.