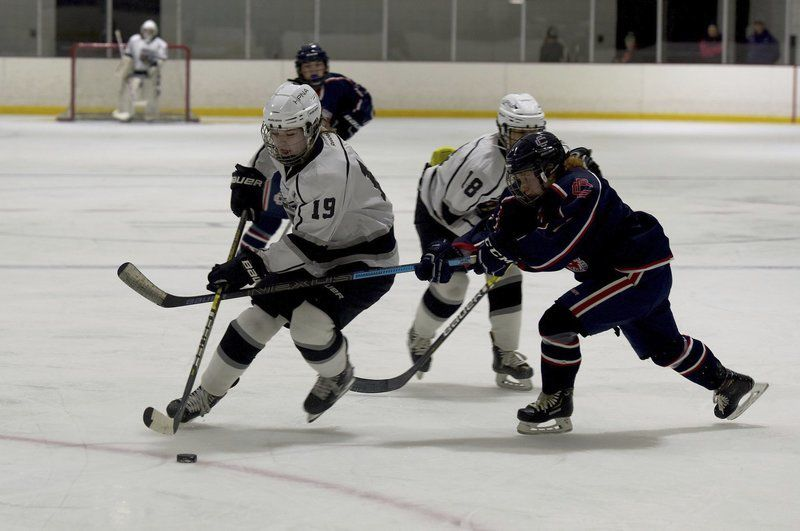 Believe it or not, Pentucket Regional High School does have a girls hockey team, and not only that, but the team has also just received their first league title.

Made up of Pentucket, North Andover, and Haverhill, the girls hockey team is excelling in every game they play. According to The Eagle-Tribune, HPNA has been named “no. 1 in the Boston Globe’s Eastern Mass. standings.”

The 2019-2020 girls hockey team is making history with their incredible on ice skills and effort shown through practices and games every week.

After speaking with Athletic Director Dan Thornton, he revealed that “people do not see how well the girls hockey team is doing because no one even knows we have one.”

It is quite disheartening for the girls who play on the team, for there is a lack of support from the student body.

Here at Pentucket, Mr. Thornton has emphasized the idea that our student body needs to be more informed of when and where games are. He says, “If we announced all games during the morning announcements and pointed out that people need to go, then we would be more likely to have the attendance rate at games go up.”

Agreeing with Mr. Thornton, Livia Cole, a junior at Pentucket and defensive player for the girls hockey team, said, “No one ever knows about our games. Honestly, most people don’t even know we have a girls hockey team.” And Livia is right.

After taking a survey of the entire Journalism class at Pentucket, it was found that more than 50% of the students had no idea there was a girls hockey team. For those that did at least know there was a team, not a single person could name the schools that made up the team. It seems quite sad that the students at our own school don’t even know all of the incredible sports that Pentucket has to offer.

HPNA Girls Hockey is “truly slaying,” says Cole. It’s evident that this year’s team has a great group of girls who are lacking the encouragement they need from the surrounding students. You can always find huge crowds in Pentucket’s gymnasium on a Friday night boy’s basketball game, but what about the girl’s hockey team that plays Saturday nights at the Vet in Haverhill? Whether it be due to the sport itself, or the fact that it is a girls team, HPNA deserves more support.

Yet, even without the support that other teams are receiving, these girls are still winning every game and playing to the best of their ability. It’s so clear that they all work great together. Anyone who has gone to a few games knows that the team chemistry is clearly there.