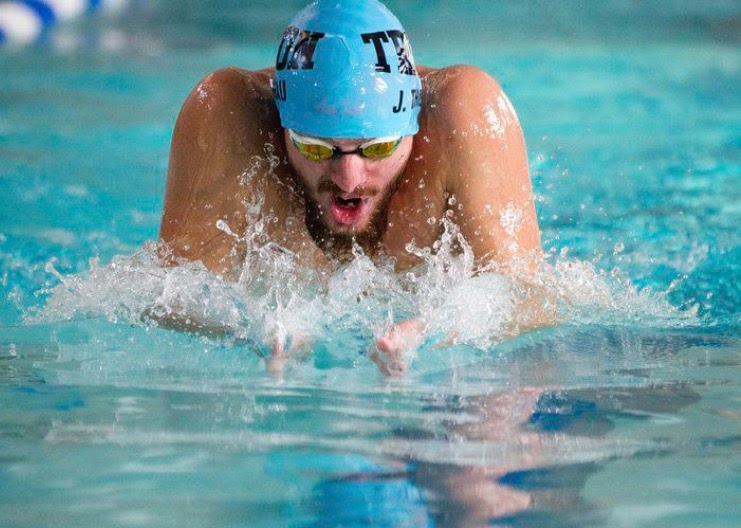 Josh Thibeau grew up in West Newbury, MA and transferred to Pentucket from Landmark High School at the beginning of his junior year.

During his junior and senior year, Josh took part in the Model United Nations Club. His senior year, he was the Secretary of the General Assembly.

After graduation, Josh plans on attending Ithaca college. Josh will continue swimming, and he will study Film, Photography, and Visual Arts.

When asked what Josh will miss about Pentucket, he said, “I shall miss my friends more than anything. I might not have spent that much time at Pentucket, but in the few years I have spent, I have made some amazing friends.”

For the last three years, Josh has worked with the Special Olympics in his free time.

Josh’s favorite memory at Pentucket is when he helped the teachers create their Color Day video and was able to watch the video with his classmates.

When Josh was asked what he would like to add, he responded, “There are more variations to the order of a deck of cards than there are atoms in the Earth.”