The Corruption of the Music Industry 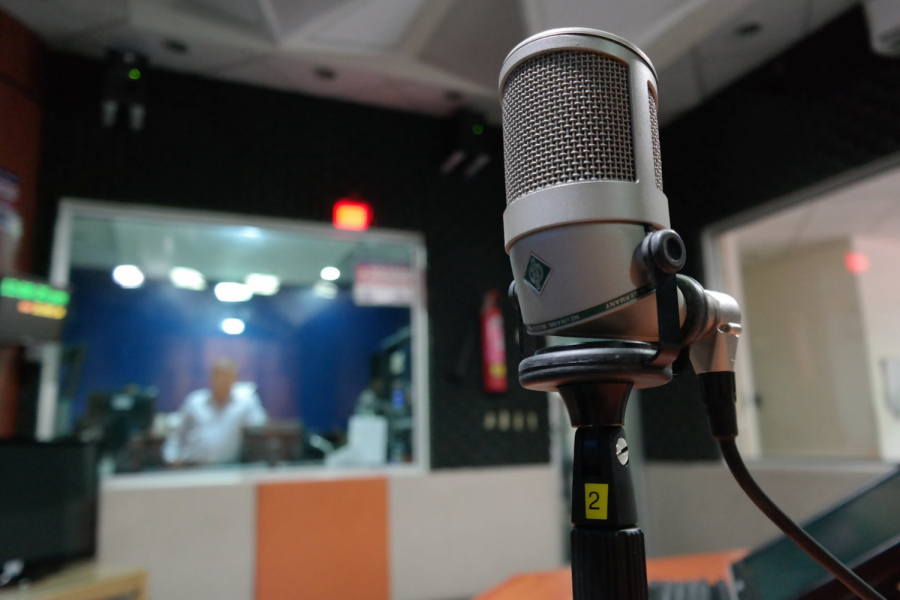 “There is the ‘music,’ the ‘music business,’ and the ‘music industry.’ Love the first, learn the second, and outsmart the third.”

The origins of this quote are unknown. In today’s age, sadly, this is a reality. It really isn’t just about the music anymore. Across all genres, artists are struggling with the complications of the music industry. It stems primarily from the fact that record companies maintain high amounts of control over their signed artists. The following are brief explanations of certain artists’ and representatives’ opinions and experiences with record labels.
Lil Uzi Vert
On March 6, rapper Lil Uzi Vert dropped his long awaited album Eternal Atake. His fans went crazy, to say the least. In early 2018, Uzi announced his upcoming project, but the year came and went with no signs of the album. The same happened in 2019. Why?

It took Uzi just over two years to release due to complications with his label, Generation Now. The label is operated by DJ Drama, who Uzi has been vocal against throughout the entire process. According to Uzi, the label prevented him from releasing new music and from collaborating with other popular artists. There was major speculation by fans that he was lying about his label to create a buzz for the album, but while it did create a new level of hype surrounding the release, the issue was real. Sadly, this is a reality in the industry. Some artists, by signing their name to the company, have their powers limited by their deal, including their power to release music when they wish to. This overarching control even led Uzi to give up on music for a short period of time. In early 2019, he announced he was quitting rap and deleted all posts from his social media accounts. However, he did return, and despite a turbulent few years, he was able to bless his fans with new material in the end.
Kota the Friend
Kota is an up and coming rapper from Brooklyn. He is an independent artist who is not signed to or affiliated with a record company. His opinion on record deals is very strong; he is entirely opposed to a company’s control of an artist. He has gone far enough to say that “standard deals in the music industry are designed in favor of everyone but the artist.”

This is true: companies can reel emerging artists into an enticing deal with “benefits” but fail to explain the stipulations.

In a recent Instagram post, Kota noted that “the music industry is designed to milk the artists and leave them destitute.” As an emerging underground artist, he relies on the money that he makes on tour and from streaming royalties. When signed to a record deal, the company usually has stipulations that take over half of the streaming money from artists and producers. This is a problem for lesser known artists, because one play on Spotify is worth $0.006, or less than a penny. So technically, if an artist gets 50,000 plays on a song in one day, they can make up to about $300. All artists, even independent ones, have to deal with paying managers, producers, and others. So even without a record deal, that artist may only make $100 off of all of those streams. Now, imagine a record company taking the majority of the remainder. Kota preaches that this situation is everything but ideal. Since he is not a signed artist, he can essentially release music whenever he wants. Due to his situation, he can boast the power he holds over his music by releasing singles regularly and sharing snippets of his upcoming album on Instagram Live, something he is very proud of.
Chance the Rapper
Chance, whose real name is Chancelor Bennett, is also an independent artist who has turned down offers of upwards of $10 million, instead taking his own route in the industry. Prior to the release of his 2017 mixtape Coloring Book, none of his music was available on streaming platforms. This means that he made the large majority of his money solely based on touring. His previous mixtapes were added to Spotify and Apple music during the summer of 2019, seven and six years, respectively, after they were originally released. Despite not having a label affiliation, Chance made connections with other artists in more natural ways and has worked with some of the biggest names in the world, including Kanye West, Justin Beiber, Lil Wayne, Young Thug, and Childish Gambino among countless others.

Chance has preached that his independence as an artist has allowed him to create music the way he wants it. This is especially apparent on his first three projects. He created 10 Day during a 10 day school suspension during his senior year of high school. About a year later, he returned with Acid Rap, which is widely regarded as one of the best mixtapes of all time. Coloring Book followed, and it was highly experimental with aspects of gospel, trap, etc. The primary reason he was able to experiment like this was because he didn’t have a label pushing him toward the mainstream. He gained a major following on his own accord, allowing himself to evolve from underground legend to staple of the mainstream. In a 2013 interview, Chance described himself as “tunnel-visioned”; he is focused on his craft, allowing for high quality results without major pressure.
Megan Thee Stallion
Since the beginning of 2020, rapper Megan Thee Stallion has become vocal about the downfalls of her record deal, claiming that 1501 Certified Entertainment has robbed her of the majority of her earnings.  She also claims that she receives an inadequate percentage of earnings from her tours, merchandise sales, and other things, with 1501 taking the majority. She has to pay featured artists out of her own pocket as well. Her deal essentially splits all earnings into about a 60/40 divide, meaning that the company gets 60% of her earnings and Megan gets only 40%. She announced that she would sue the label, and the case is still undecided.
Carl Chery
Carl Chery is the former Head of Artist Curation for Apple Music. He focused on rap and R&B before leaving his position to join Spotify in 2018. Unlike the previously mentioned artists, Chery believes that record deals are an entirely positive experience for the artist. In an interview on the matter, he mentioned specific artists, at one point saying,  “Chance the Rapper is an anomaly. He’s special, but his success is misleading.” Chery believes that while Chance is talented, he spreads the wrong message for up and coming artists, saying that “now you have all these other independent artists thinking you don’t need a label.” Based on these statements, one can infer that his opinion on the subject is unchangeable. He believes that the industry and its companies are there to help the artists, not harm them. Chery may be biased due to his current employment, however, he stands for his opinion.

This controversial topic contains many varying opinions, all with personal supporting evidence to back their statements. In the end, the artist knows what works best for him or her, allowing them to make the decision for themself.