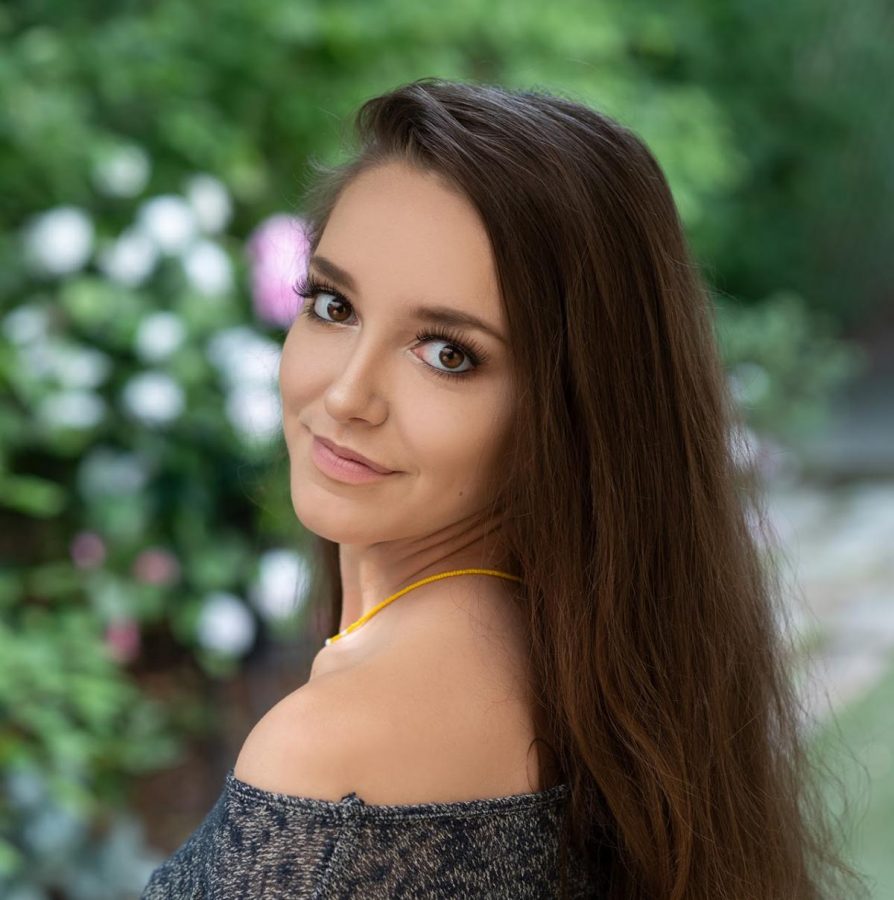 After four incredible years, Kylie Stewart looks back on her time at Pentucket High School. Stewart is a 2020 graduate and has had such a substantial time at this school district.

When asked about her athletic career, Stewart says, “I was a cheerleader for two years (11th and 12th grade), I loved every second of it and I would do anything for my girls!” Stewart was a late entry to the cheerleader program, but after her first year she fell in love with it.

She was also very active in the school’s theater program. She had started in the 8th grade! Stewart has been in numerous shows, including The Little Mermaid, Damn Yankees, Back To The 80s, Sister Act, and The Wiz. She adds, “I also did one show outside of Pentucket with Center Stage Theatre Company, which was The Wizard of Oz. I also helped Mrs. McGowan out with some middle school shows, such as Pom Pom Zombies and Kilroy Was Here. I think my favorite roles from the shows was being a dancer in Sister Act, and a featured singer in The Wiz. I was also a flying monkey in The Wizard of Oz, but I avoid talking about my painted blue days no matter how enjoyable the role was, haha!”

Stewart has big plans after she leaves Pentucket. She says, “After graduation, I am attending Merrimack College! I’m going to be a commuter, and a English major with a concentration in Creative Writing.” Although she is not sure what career she will pursue, she is hoping to become a writer or novelist.

When looking back on the four years, Stewart states, “I will miss all of the friends I have made throughout the years and not being able to see them or have them a 3-minute drive away, although bittersweet I am proud of everyone, their choices and accomplishments!

Her favorite teachers at Pentucket were Mrs. McGowan, who “has believed in me since seventh grade and helped me build a confidence I never knew I could have,” and Mr. Lovett.

“I am always thankful that he would cover the fetal pigs head before dissection in anatomy,” she said, “plus we’re Merrimack buddies now! Warrior Nation!”

While Stewart was busy in school, she was busier out of it. She has worked at Atria Merrimack Place since she was able to apply for a job. “Some people know it as the ‘old people home,’ but the residents in the senior living are probably in better health than you or I,” she joked. Stewart has also volunteered at many locations, such as Atria before she started working there, the Merrimac Lions Club, and the Harvest Festival at the Donaghue. Stewart values her community more than anything else, this is very prompt when you look at her volunteer work, and the hard work at her job.

Stewart just wants everyone to remember that “we are the Class of 2020. Sachem Strong! Although this virus is preventing all of the fun we have seen the past seniors have, just remember our year will definitely go down in the books!”

Stewart has had many favorite moments at Pentucket, but the very best had to be “Spirit Week and my APUSH class. Although I almost failed (oops, sorry Mr. Sherman), we still had a lot of fun!”

Stewart had such a substantial impact on Pentucket High School. Her accolades are bright, but her future is brighter. Her four years in High School will serve as a great foundation to very promising plans set for her life.