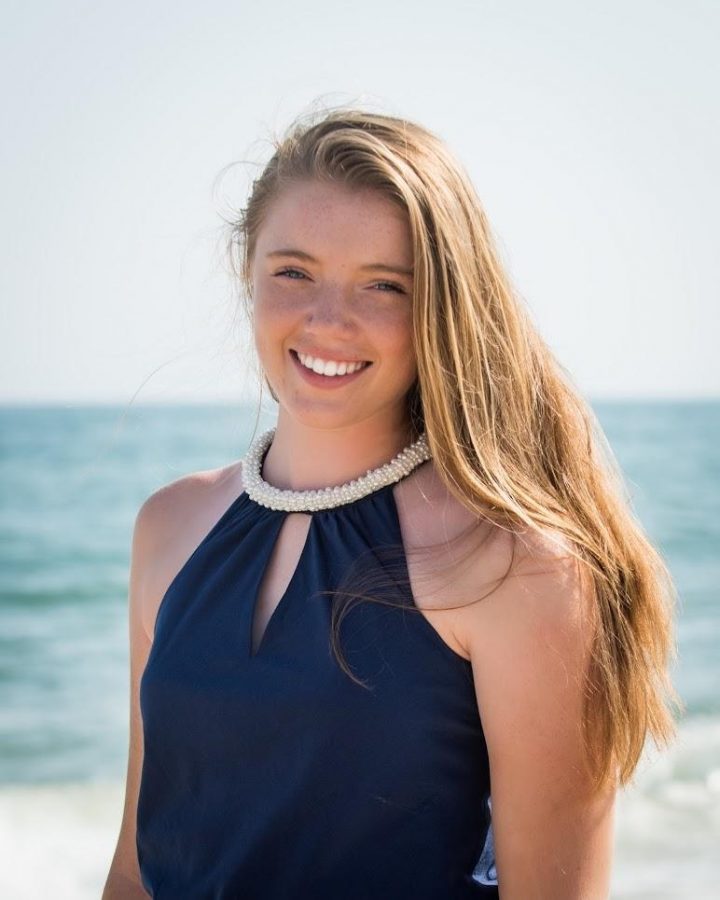 After four incredible years, Madeline Conover looks back on her time at Pentucket High School. Conover is a 2020 graduate and has had such a substantial time at this school district.

When asked about her athletic career, Madeline had a lot to say, stating that she competed in several sports including: field hockey and basketball during her freshman year, cross country and indoor track during her

sophomore through senior years, and lacrosse for both Pentucket and the Middlesex Bears Club all four years.

Madeleine was not only active in Pentucket’s sports program, but she was also involved in several clubs and extracurriculars, such as Student Council, Peer Mentors, community service, the National Honor Society, World Language Honor Society, and is a Hugh O’Brian Youth Leadership alumni.

Looking back on high school, there is a lot to miss. “I will miss my friends, teachers, and staff at Pentucket,” said Madelin. “My favorite class and teacher was Mr. Lovett’s Anatomy and Physiology classes. He has always been a kind and supporting teacher and

found ways to make the material seem more comprehensible, which I greatly appreciated.”

While her time at Pentucket was bright, her future is brighter. Madeline will be attending the Young School of Nursing at Regis College in Weston, Massachusetts and will be playing on their lacrosse team. “I want to become a pediatric nurse and work in the hospital setting,” Madeline said.

While Madline spent plenty of time with the school, she still left time for other various activities. Out of school, Madeline was an Anna Jaques Rehab & Physical Therapy Intern at

Anna Jaques Hospital in Newburyport. She also worked at the Page School as a Nurse’s Intern. For work, Madeline was a basketball coach for the Town of West Newbury’s Park and Recreation all four years of high school. She was also a counselor for the Children’s Summer Theater Camp her freshman year, a cashier, customer service, and field worker for Long Hill Orchard, and lastly for Scoops Ice Cream her junior and senior years. Madeline will have quite the resume!

With so much time dedicated to other activities, Madeline loved to use her spare time well. She found herself invested in skiing, snowboarding, surfing, and longboarding. “I also like spending time at the beach, on the river, or traveling,” Madeline added.

There is so much to miss when graduating high school, but what stands out the most to Madeline is “Pentucket’s Spirit Week and all the events that come with it, such as Spirit Night, the pep rally, homecoming, and the Thanksgiving Day football game.”

Madeline had such a substantial impact on Pentucket High School. Her accolades are bright, but her future is brighter. Her four years in high school will serve as a great foundation to very promising plans set for her life.