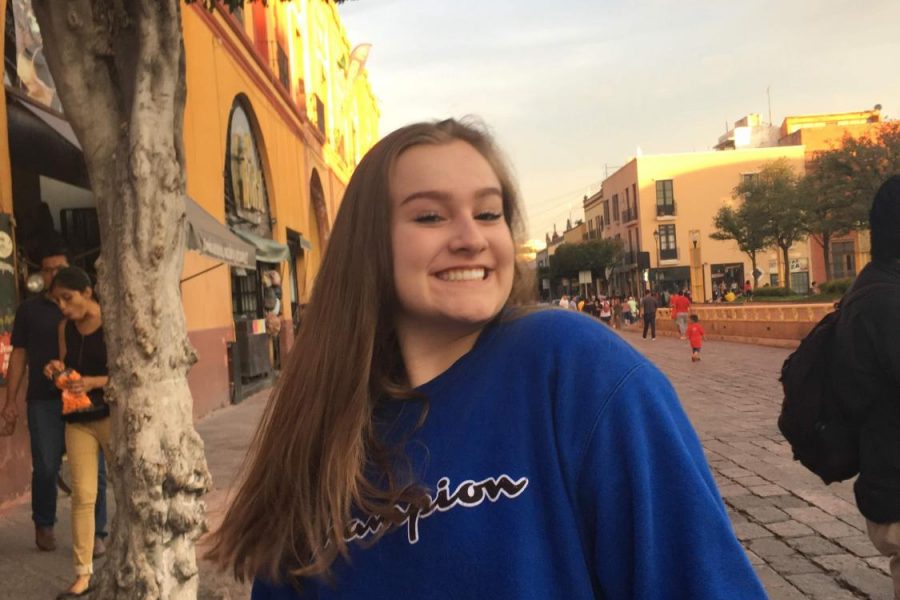 Meet Sophie Blake, a member of the 2020 graduating class and a proud part of the Pentucket community.

She was a part of the concert band for her first three years of high school, and she participated in the theater program in the form of directing and acting in the Ten Minute Plays. Blake also danced in and choreographed the musicals as well as sang and acted.

After graduating, Blake will be starting beauty school mid- to late July, and she plans to finish around April of next year. She has already begun to plan and organize her schedule for the coming months, saying, “Since I will be at school during the day, I might start working night and weekend shifts somewhere once I’ve gotten into a good routine.” Once she is licensed, she says she would like to find a salon to apprentice at while also taking classes on microblading, eyelash extensions, and more. She says her ultimate goal is to open her own salon.

There are too many memories for her to list, but she says, “Of course I am going to miss all of my teachers, but I will really miss Mr. Langlois and Ms. Cromwell [because] both of them have really been so amazing and helpful to me.”

Blake says her favorite thing to do at Pentucket was to stand in the middle of the auditorium watching her fellow peers perform a dance that she choreographed and taught on stage during dress rehearsals. “It was amazing to see the kind of opportunity I was given,” she says. “Mrs. McGowan really believed in me and let me be creative with not only choreography but with costumes, sets, and I even got to write my own play.” She says that nothing compares to the feeling you get when you watch something you created on a stage receive an overwhelmingly positive response from an audience.